Last August our ward split and Spencer was put on the high council. His assignment is over a ward, and also over Young Women. We were so excited about that knowing that Emma was almost 12 and he would have some interaction with her in terms of his calling.

Right before Christmas the Stake President asked Spencer to be the Trek chairman. At the time I don't think either of us realized how much this entailed - neither of us has been on a Trek before. There was so much prep work and time, especially in the month leading up to Trek. I not only have a tremendous appreciation for the Pioneers, but also for those who work so hard to make these events happen.

My parents happened to still be here for Shareholders (for almost the whole time we were on Trek) so the kids were taken care of. We left at 5 a.m. on the Monday and drove out to Pawhuska Oklahoma to a church ranch where Treks are sometimes held (sidenote: Pioneer Woman lives really close to there). We started walking, and Spencer had in charge of photography as well as helping with the food. 3 miles in it was HOT and our food committee showed up with lunch, which was amazing. We made it to base camp and had to quickly set up everything. Spencer was so busy running around, I honestly talked to him for 5 minutes total the entire 3 days.

The second day we made a huge loop and did the women's pull, and also had some time in the river. That was huge because I felt DISGUSTING. Lots of bugs and hot weather. On the last day we hiked back out where we had hamburgers and hot dogs and root beer floats.

What I kept thinking as I was on Trek was There is so much money and effort going into this, by SO MANY people. It is obvious this is for some reason incredibly important for these youth. The nightly devotionals were fantastic, and Spencer did such a great job with the details.

I also met a lot of incredible people throughout the stake and loved that opportunity. Here are some of the pictures I took. 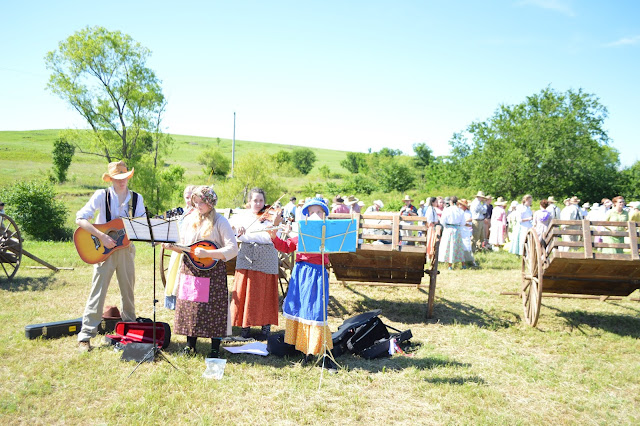 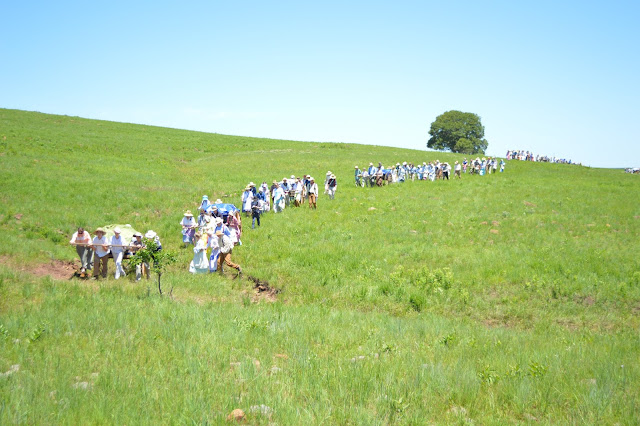 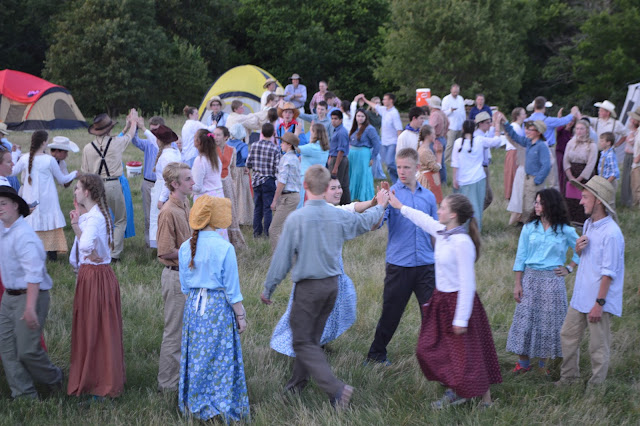 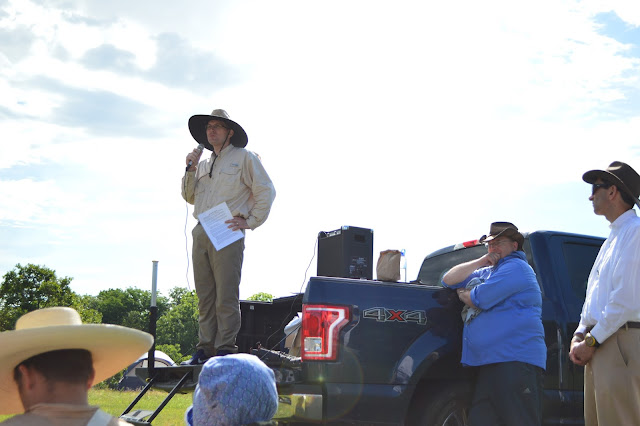 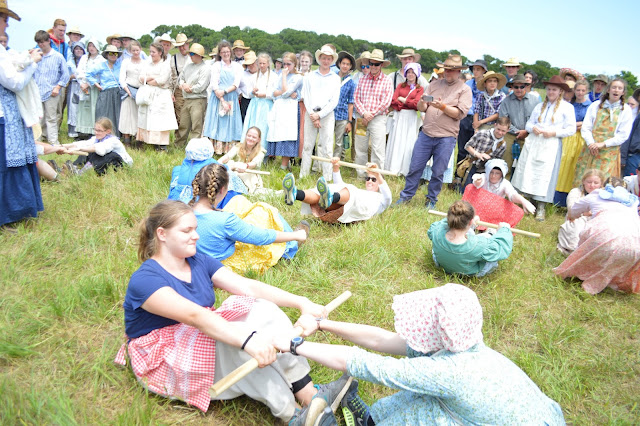 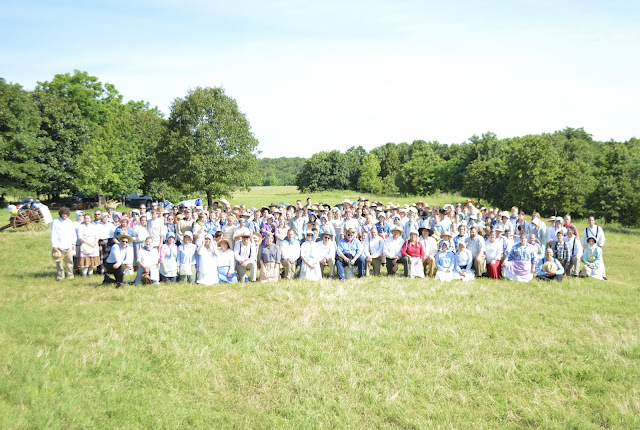 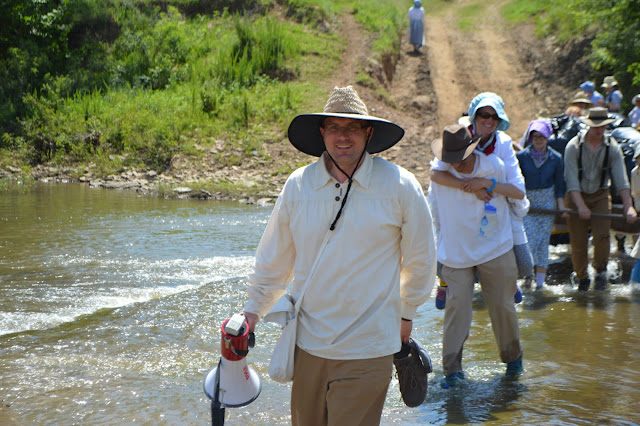 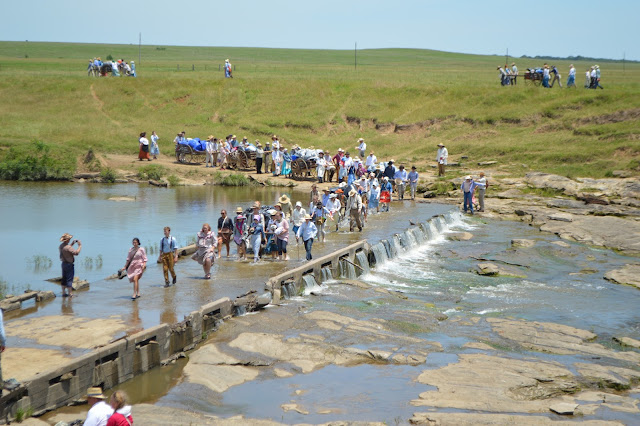 With no snow days this year, the kids were out of school before the Memorial Day holiday, which is AWESOME! That weekend, our friends from CA, the Ralph's, came up to AR for the weekend. We did the boat and hung out and it was so fun!

The next Wednesday, my parents flew in! We went to Tulsa to get them, hitting up Costco and Sprouts first (yessss!).  On Thursday night my mom and I went to Kenny Chesnay (!) - it was a great concert and he was an incredible performer. Old Dominion opened for him and I really liked them for their two songs I know ("Break up with him" and one other that I can't remember now). 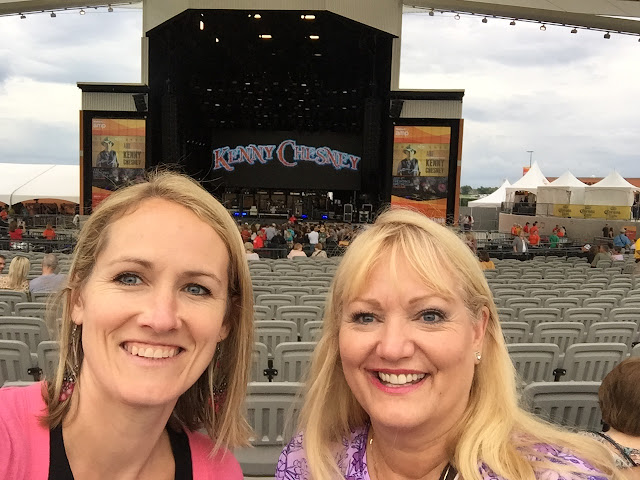 Friday was Shareholders, which was quite entertaining this year. James Corden hosted (he is FUNNY), then Andy Grammer, Jordan Smith, Maxwell, Nick Jonas, and Katy Perry performed. 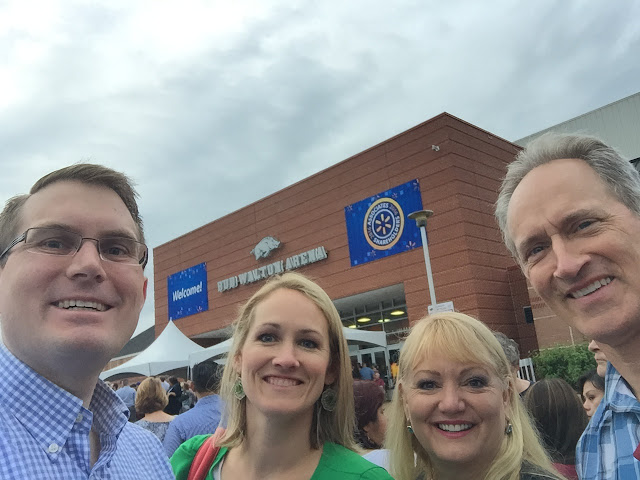 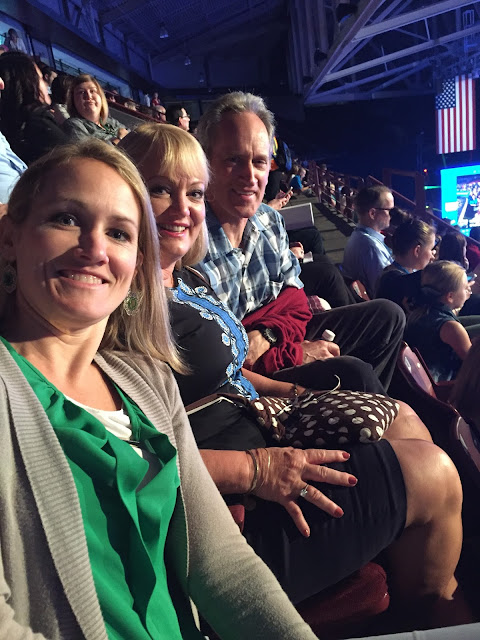 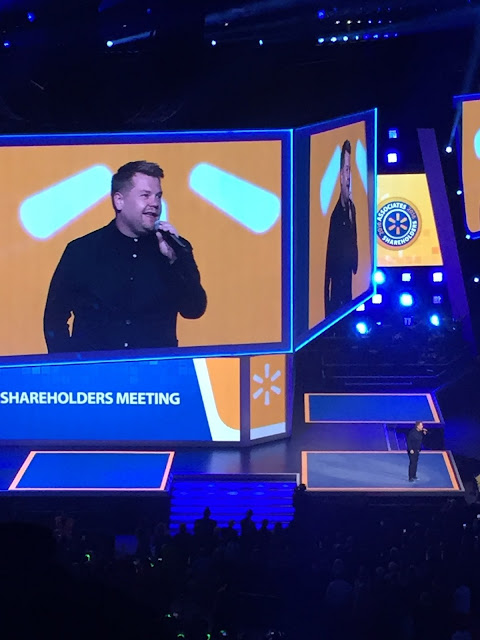 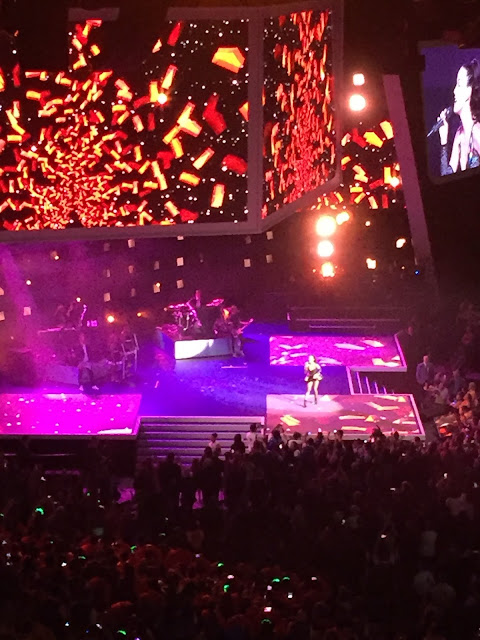 Unfortunately we had some crappy weather and some crappy luck (a big bolt in the tire) so we didn't make it out on the boat that weekend. But our neighbors let us use their pool and that was really great. 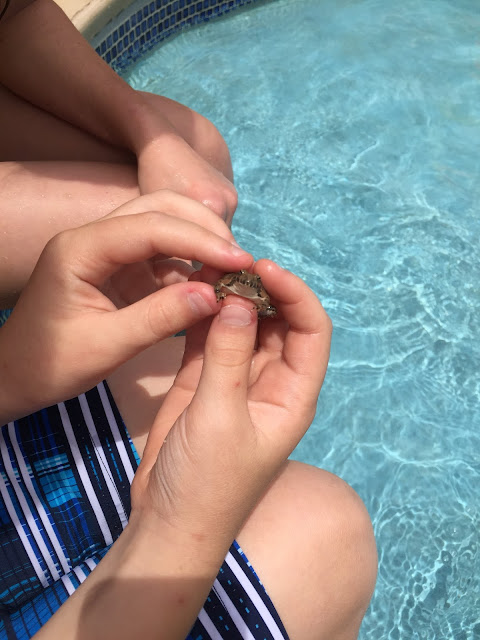 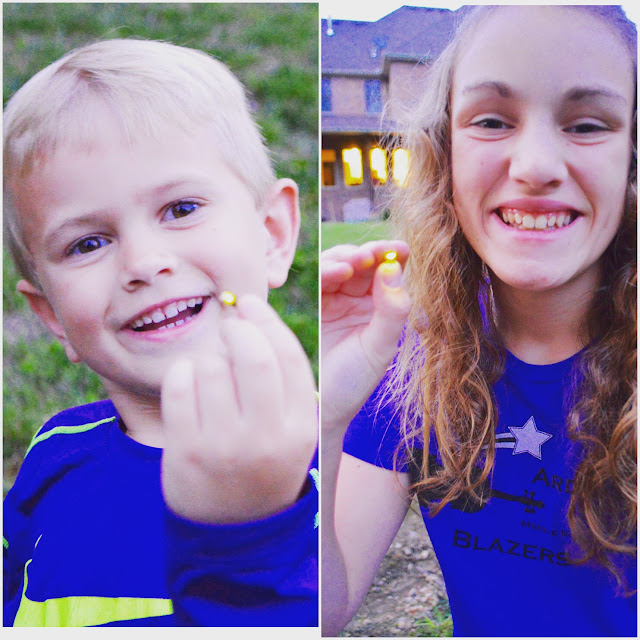 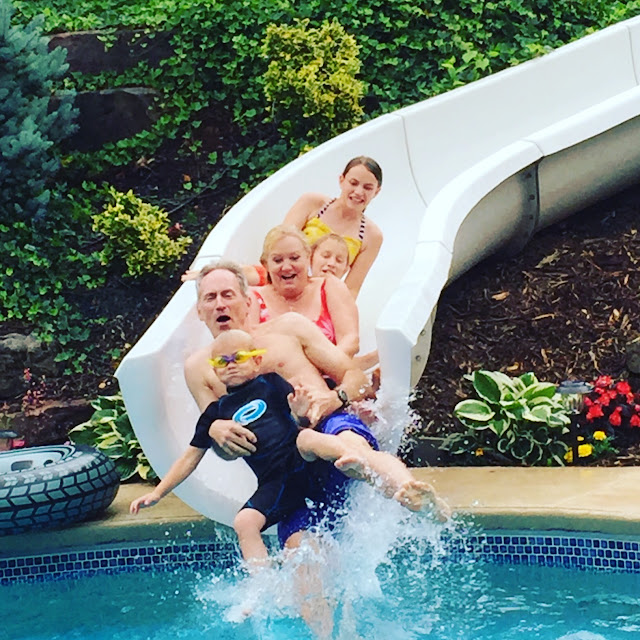 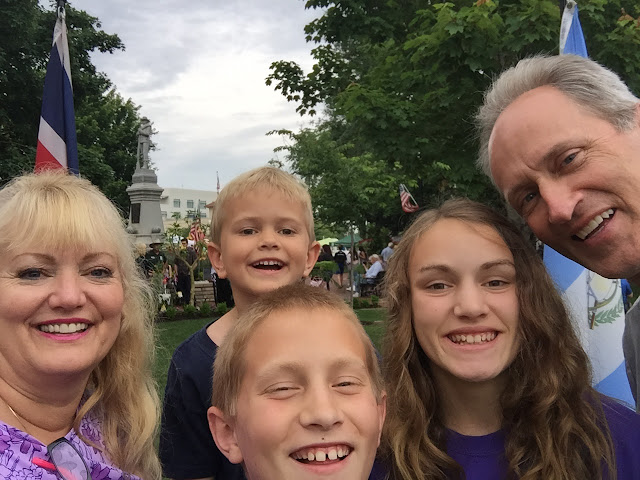 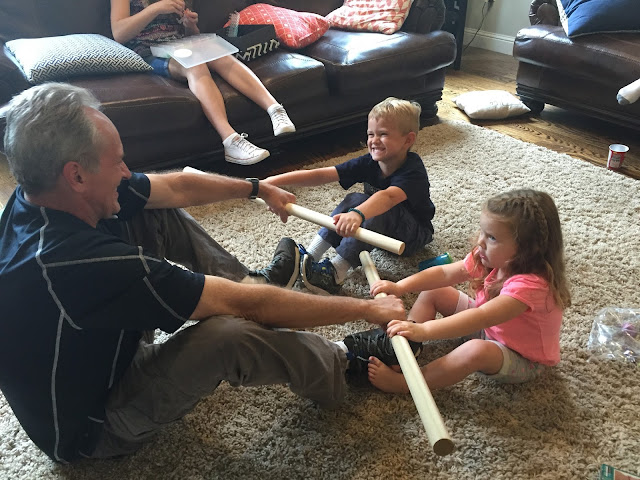 The last 2 1/2 days my parents took care of the kids while Spencer and I went on Trek. I know they all had a great time - more on Trek later!

My kids really got out of school almost 3 weeks ago...but I've become a horrible blogger (though a better Instagrammer...).

The last day of school was the awards assembly. Both kids racked up the awards (most notably, all A's all year long), but we were at the school almost 3 hours by the time both grades' assemblies were done. 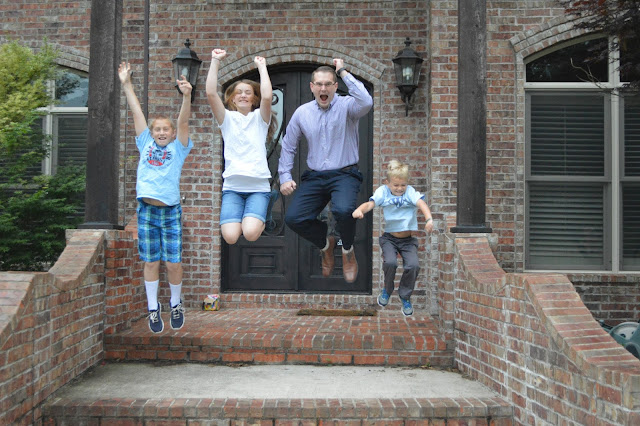 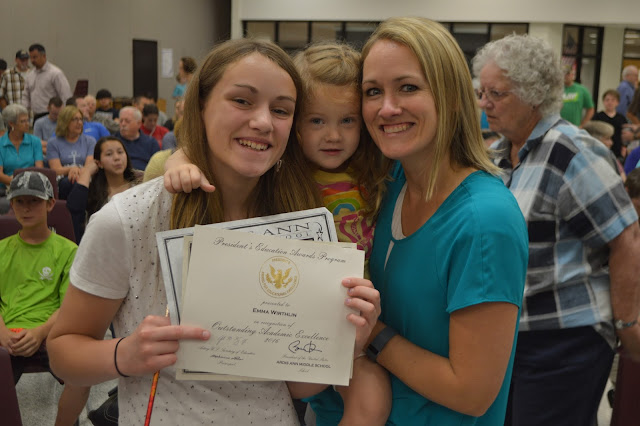 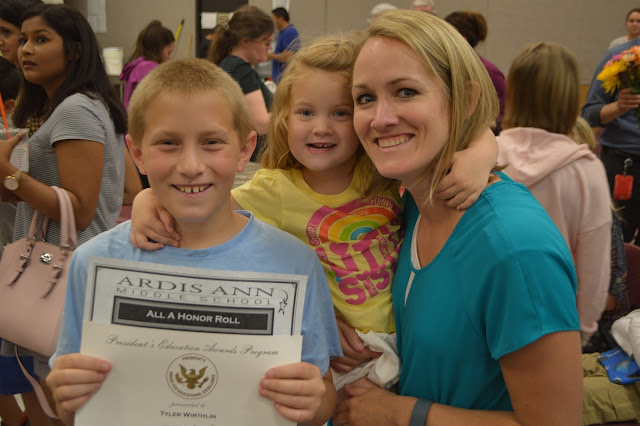 That same day, Spencer and I decided we REALLY needed to go to the temple, so Danielle saved the day and watched Sadie and then the big kids after they got home. Kinda anti-climatic, but it was our one chance in the next few weeks that we could make it.

We got to the temple in time for the 5 pm session but the skies looked SCARY. The rain was sideways and crazy as we ran to the temple doors, and they were locked!! There were cars and we knew it was open...but suddenly we realized we were hearing tornado sirens. Eventually the temple workers saw us and let us in, and made us go down to the basement. After a few minutes they let our session go through, but we had flickering lights throughout, and I could tell it was still stormy. When the session was done they asked us to leave quickly, as they had shut down the temple after we had started. I was so grateful we made it in, especially considering the 3 1/2 hour drive we had made. Crazy weather. Made it home by 10:30 pm, and felt so grateful.

Tyler got sick pretty soon after school got out. We don't know what it was, but it wore him out and he had a dry cough. He had his baseball tournament and made it to the second round before they lost. It was fun to watch him this year. 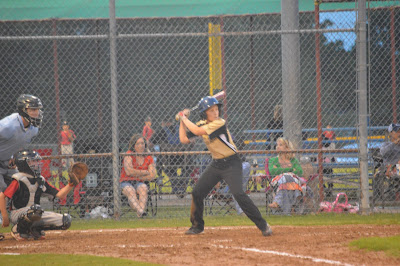 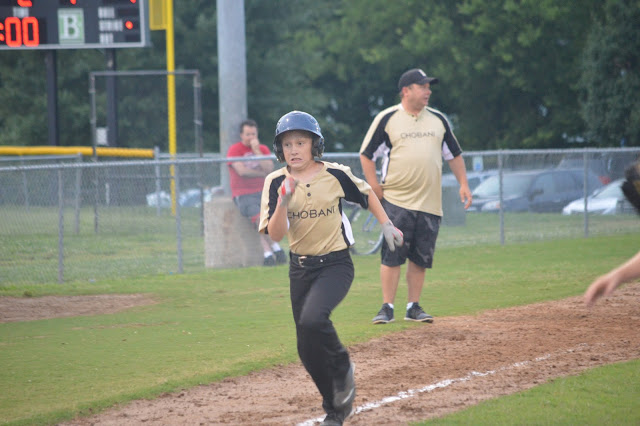 On to the rest of our fun/busy summer!