When we lived in CA Spencer hired a cute girl, Breann, who stayed with EY for several years. She was a hard worker, super fun, and missed her family in central CA. She started coming over for dinner/dessert with us on Sundays and even came to some of Tyler's baseball games (she played softball in college). She ADORED Tanner. Well, after a few years at EY she realized that it's a hard life with long hours (we did it and "paid our dues" for 10 years so we totally got it!) and started dating a boy from home who had two little kids. She left EY and moved home, but we kept in touch.

Well, these two lovebirds got engaged and their wedding was set for September 1. Spencer and I were invited but didn't see how we could make it work. After a few weeks Spencer decided we needed to make it happen to be there for her wedding.

So, we flew out Thursday afternoon and got back at midnight Sunday night. It was a crazy whirlwind weekend (just how I like it/plan it), but it was so perfect. We hadn't been back in almost two years since we had left, but we had lived there 7 1/2 years so we really wanted to see everyone we could. We landed at 7 pm, grabbed In N Out, then headed to a friend's house to see a few of our friends. It was such a great thing to see these dear people and their kids who had grown SO much. We saw some other friends in their new, beautiful house, and crashed around 1:30 our time. 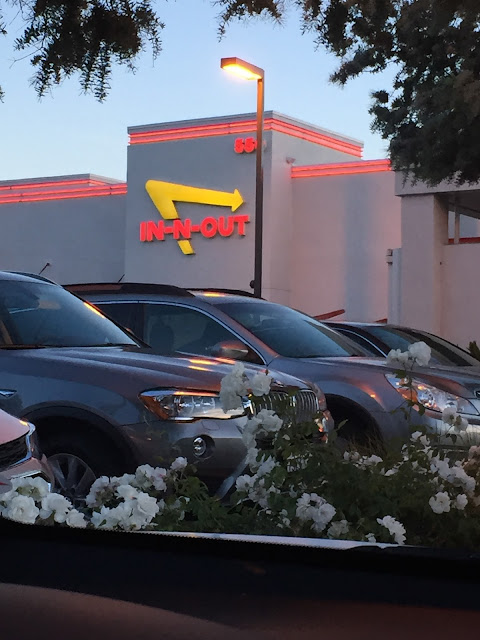 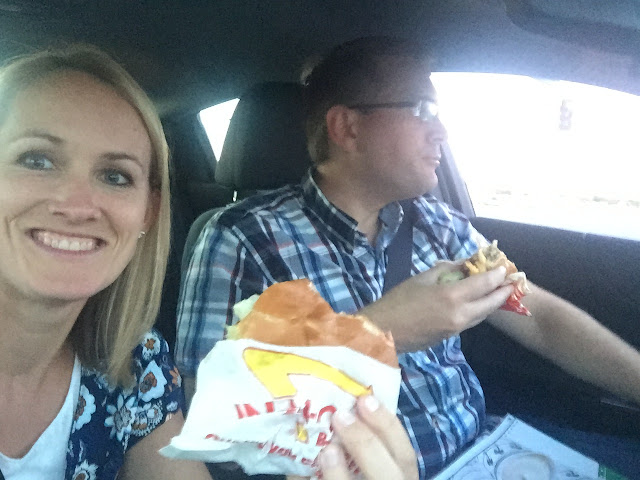 Now, because we are insane...we had wanted to go to the Oakland temple and to Alcatraz (never been!) but tickets were sold out because it was Labor Day weekend. AND the Oakland temple was closed for 3 months. So...I decided that I wanted to go to my favorite place on earth - Yosemite. We looked up hikes we haven't been able to do before with kids and found the perfect one: the Panorama Trail. It starts at Glacier Point (hadn't been there either) and you walk all the way down to the valley floor, past Illiouette, Nevada and Vernal Falls. It was 9.5 miles but I was so excited. Spencer is a wonderful husband who goes along with my crazy so often, so he told me he would do it if that's what I wanted. We drove the 3 1/2 hours from the bay while he handled stuff on the phone at work, and I sadly noticed all the dead trees along the way. :( 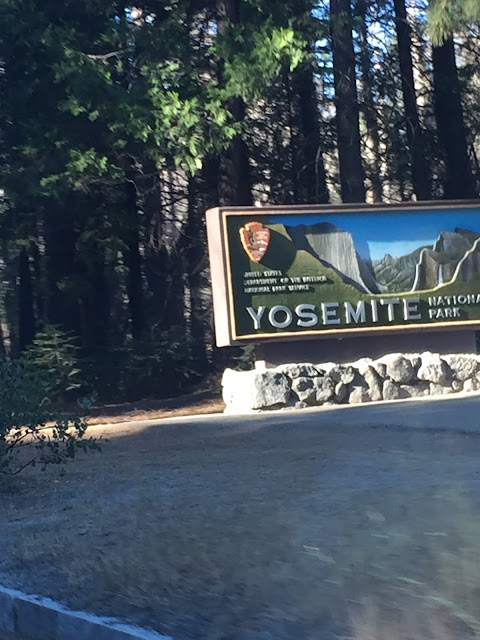 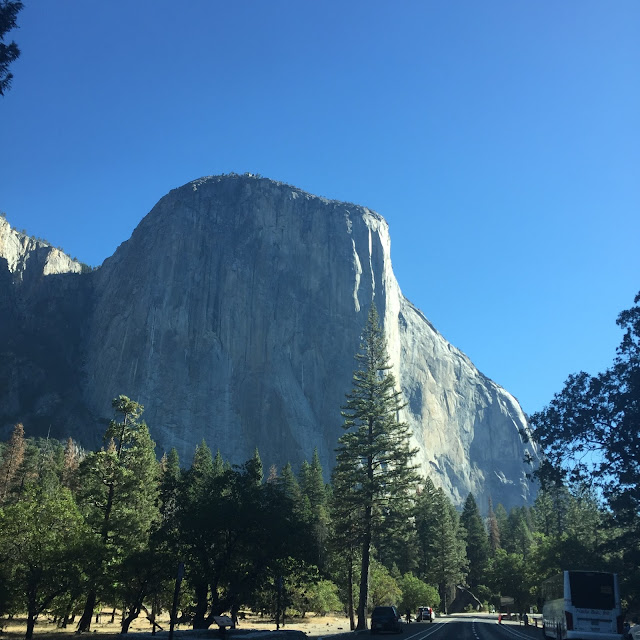 It ended up being a perfect day. 78 degrees, no humidity (hello California!), hardly any people for 3/4 of the hike, and so nice to be able to hike and talk and have no whining. 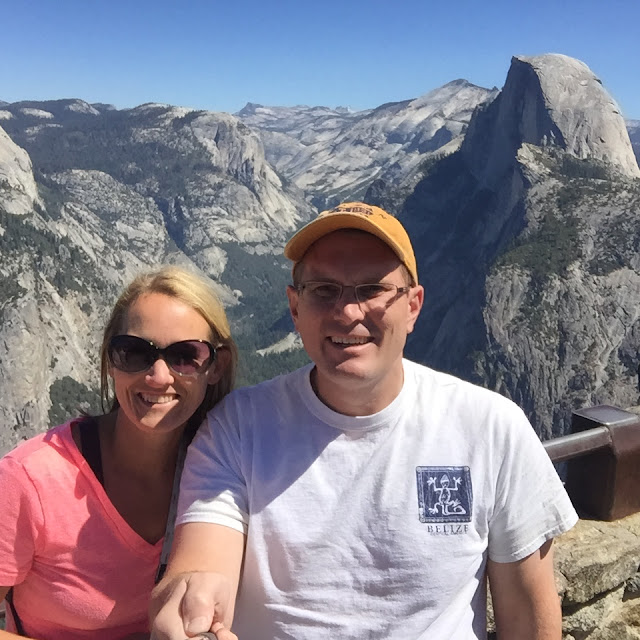 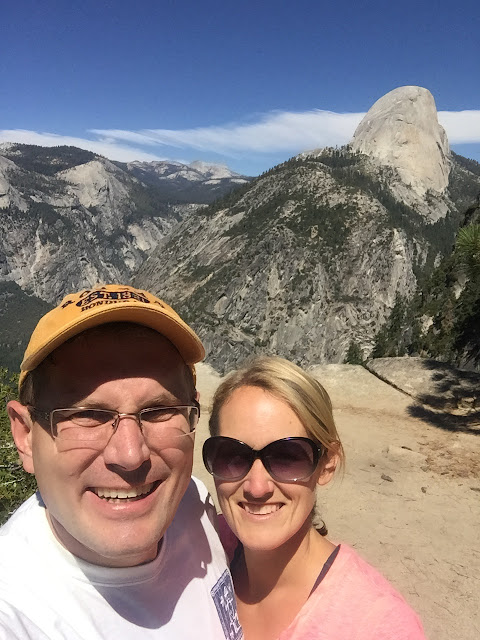 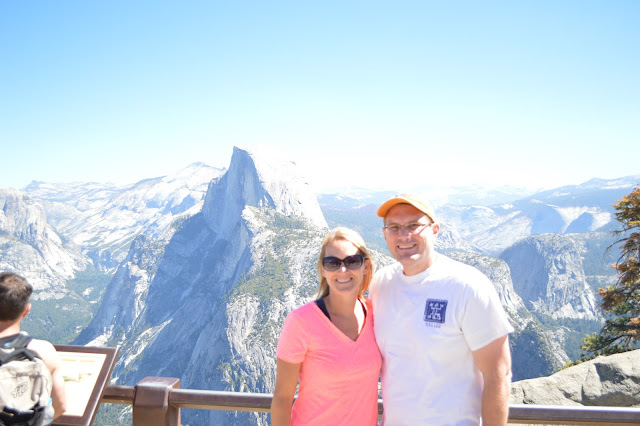 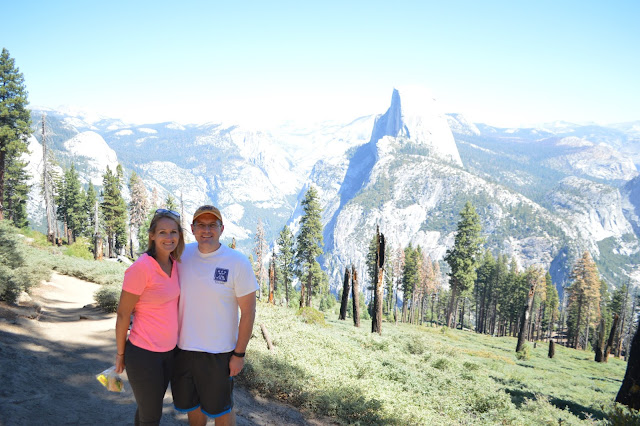 Glacier Point was gorgeous (Spencer got woozy and had to back wayyyy up), and our walk was gorgeous and it was an awesome workout (I got 28,000 steps that day). We got to Nevada Falls and soaked our feet before heading down a couple miles of stepping down boulders (that was the hardest part). We were SO SORE the next few days, mostly our calves. I am pretty sure I will never forget just how sore we were. Yikes. 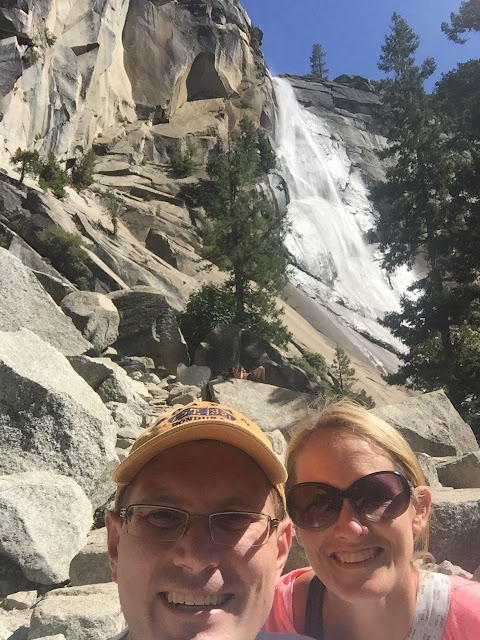 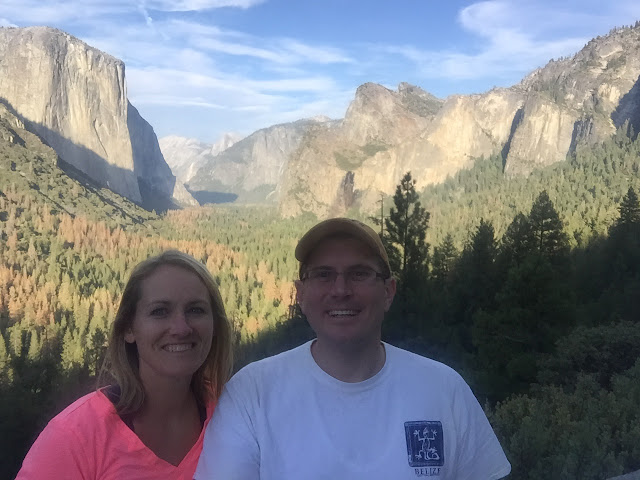 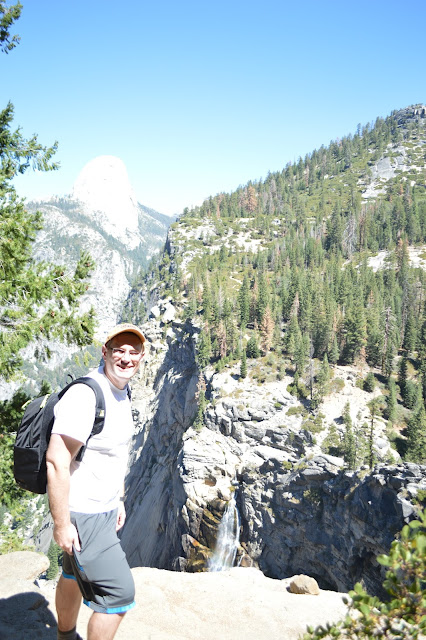 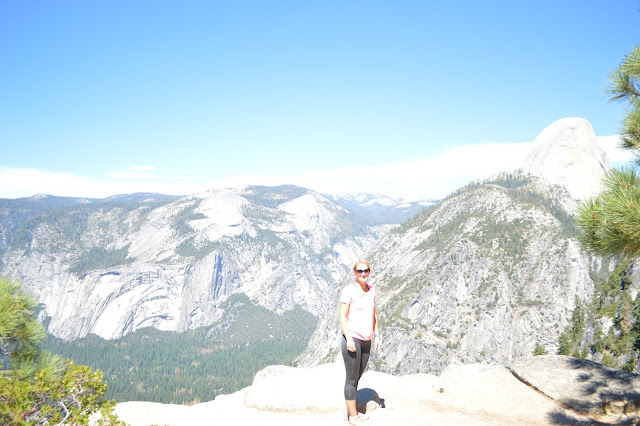 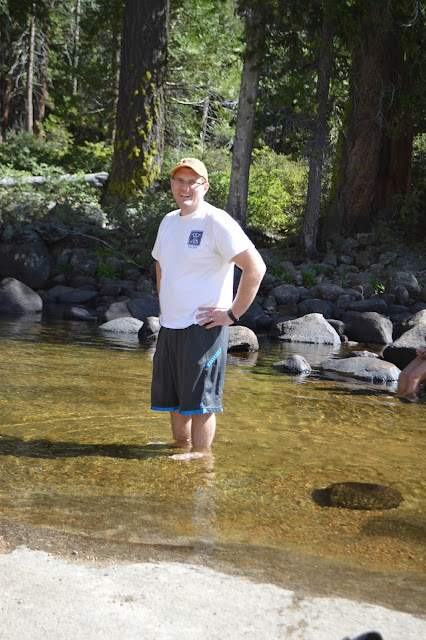 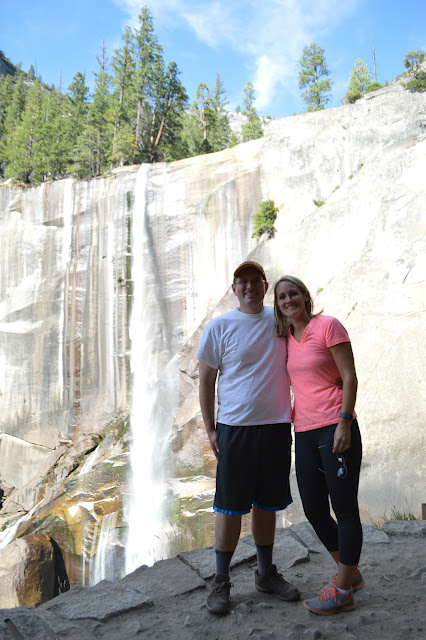 We drove out of the park that night, to Oakhurst, and stayed at a hotel that had a hot tub - best thing ever for that night!! We crashed early and then had to get up early so we could get to the Fresno temple. That is the tiniest temple I have seen, but we made it, and likely won't go to that one every again because it's in such a random spot, but it was awesome. And then it was off to the wedding in Hanford. 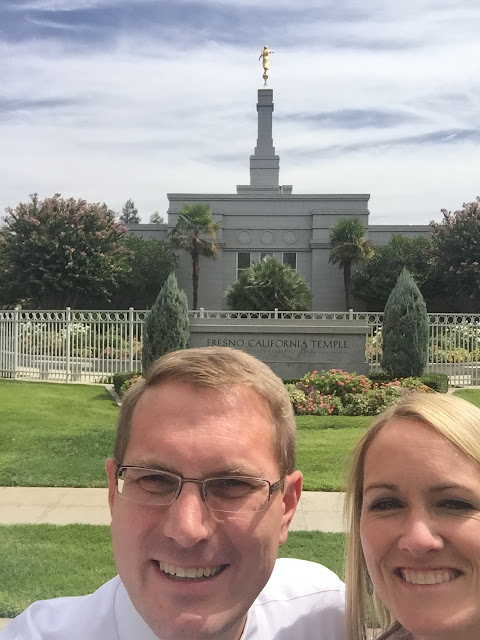 This wedding was a very traditional Catholic wedding, very long and interesting and sometimes boring. But we got to see lots of people from our time in San Jose. Breann was gorgeous. The reception was held in Three Rivers, up in the mountains, at a family-owned ranch. Dinner/food/dessert was all amazing. It was very fun. 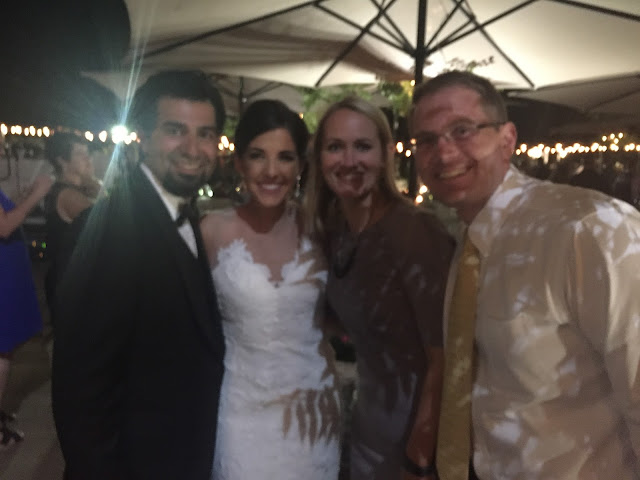 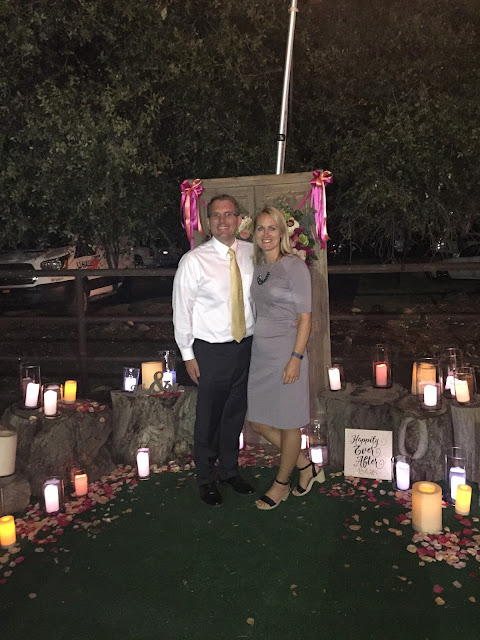 We drove to Madera that night (2 hours) while listening to the BYU game, crashed around 12:30 a.m. and then got up at 6 to drive the rest of the way back to Fremont for church at 9:00. The saddest part was seeing how the ward is less than half the size it was when we lived there. And it was so much harder for me to be there than I thought it would be. We were surrounded by SUCH GOOD PEOPLE when we lived there, people who were selfless and charitable, and just wonderful and kind. I loved seeing my dear friends. 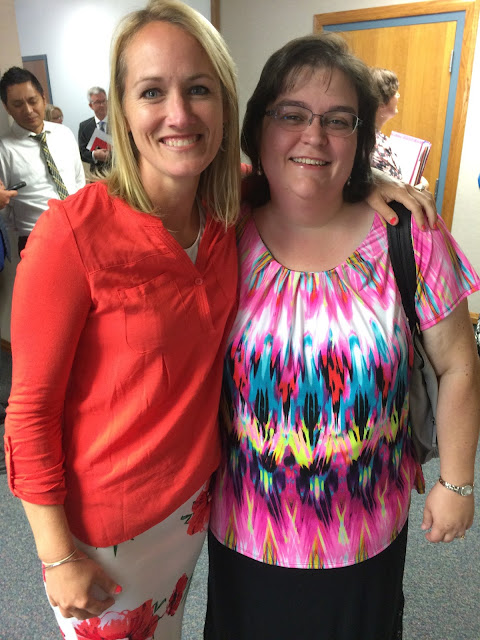 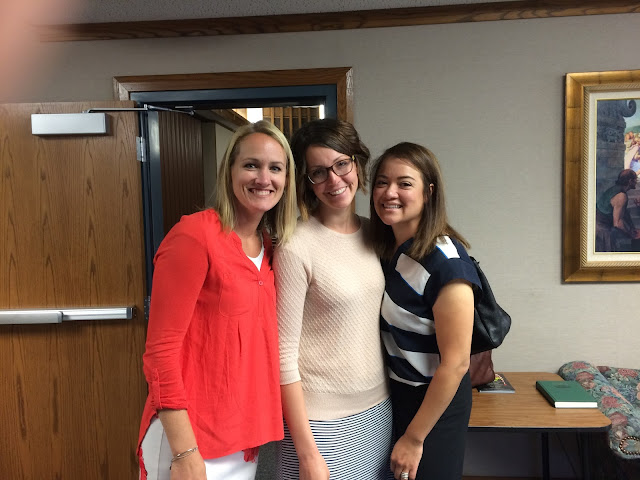 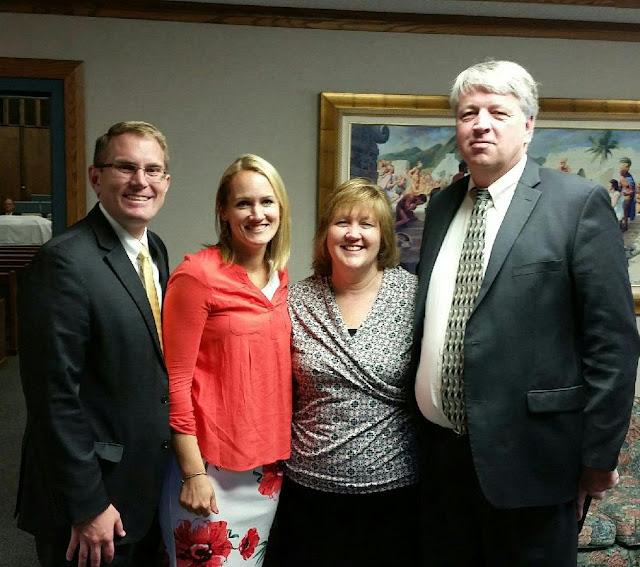 After that we stopped by some more friends', and then went to our little spot of heaven on earth to visit Macie. Sweet friends have kept her little grave area looking nice and pretty, and I was hit with so much emotion as I sat near her headstone. I don't know where it all came from, but I can honestly say that was the first time I have cried over her in a long time. It was so special to make it there. 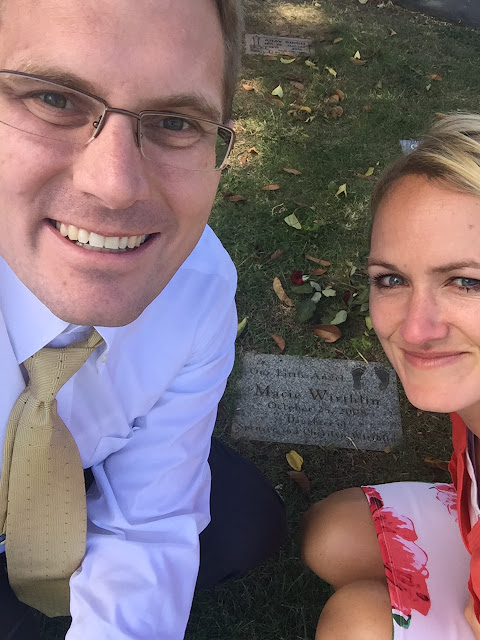 We drove to the airport and headed home. Such a wonderful, incredibly timely trip for us. It was so good for my soul. The kids were fantastic for Tracie but so jealous. I need to find a way to get us all back out there.

More boat - holding on to summer!

At the tail-end of summer we learned some fun tricks. First, Spencer got up with tanner on the surfboard (!) and then Tanner and I were able to do it. It's so much harder with an extra 47 pounds on your surfboard... And THEN, Tanner got up on the trainer skis! The first time he lasted about 5 seconds, then 6 and then 7. But I was in the water with him once and he got up and went for - I'm not joking - 8 minutes! They kept circling me and I realized I needed to move closer to shore so I wasn't just bobbing in the open. Each time he would go by the grin on his face gave me the giggles. He LOVED it!

Tyler has also gotten pretty good on the surfboard, Emma has gotten good at everything, and Spencer and I really enjoy surfing.

We sure love our summers in Arkansas. 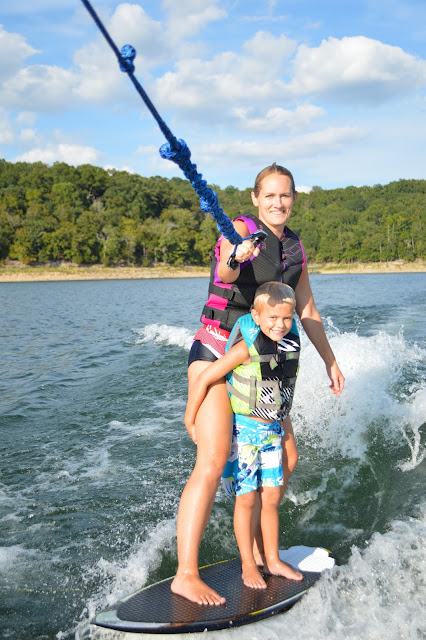 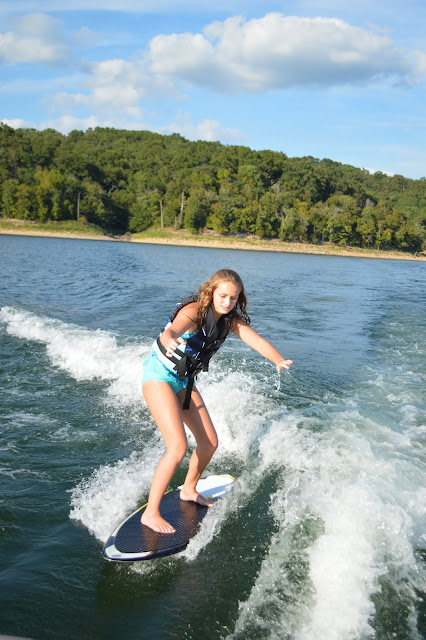 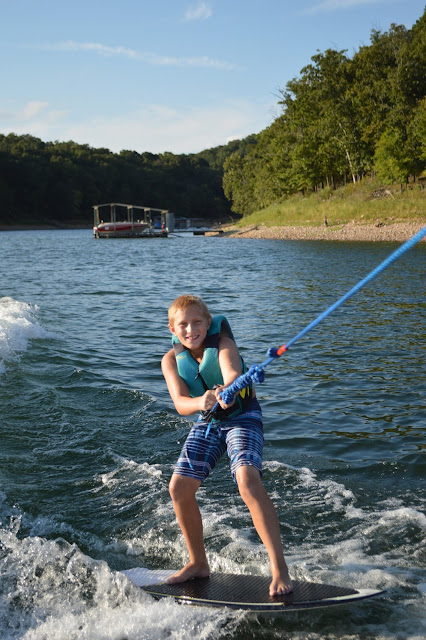 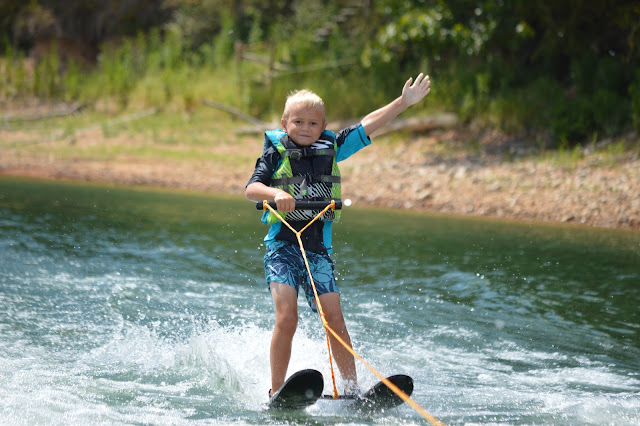 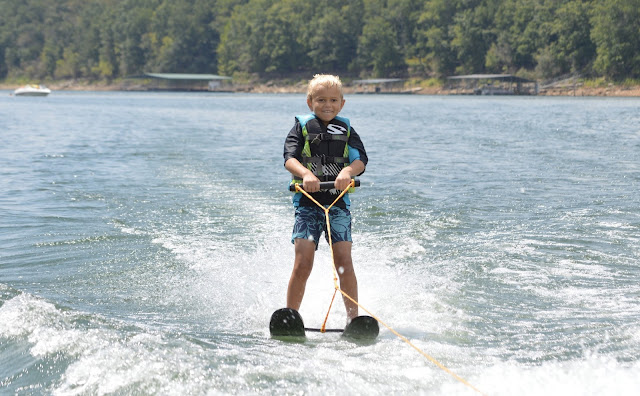 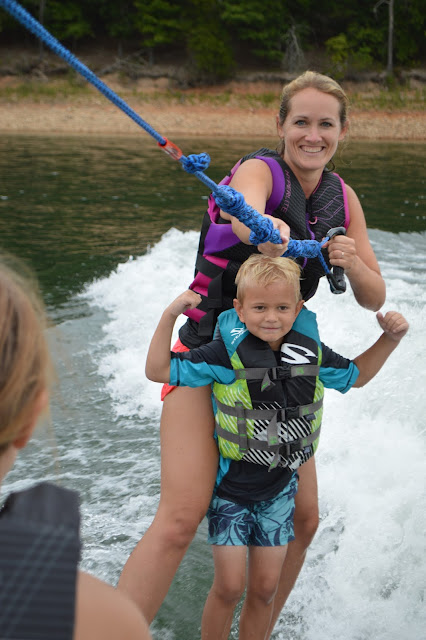 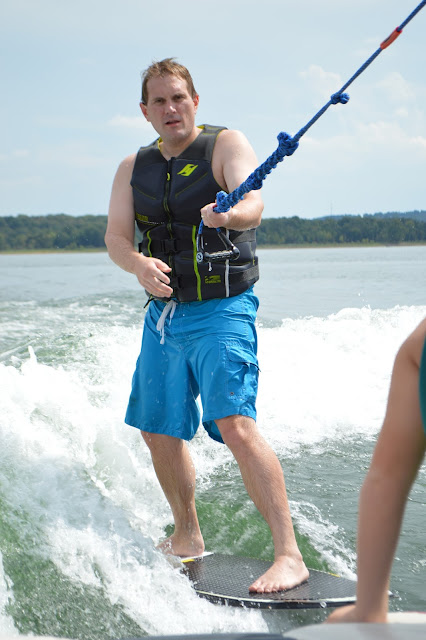 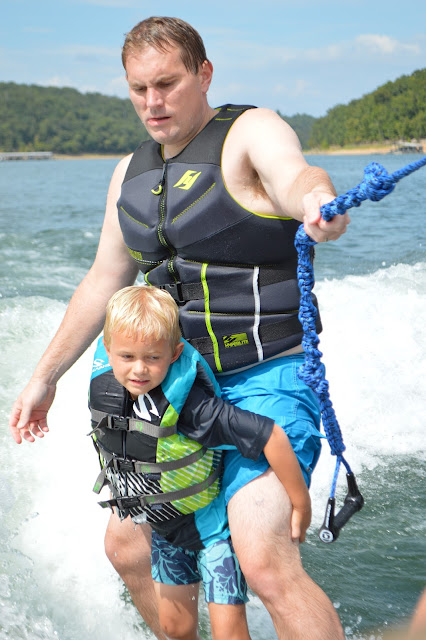