I just need to put down some thoughts about this cute boy here. 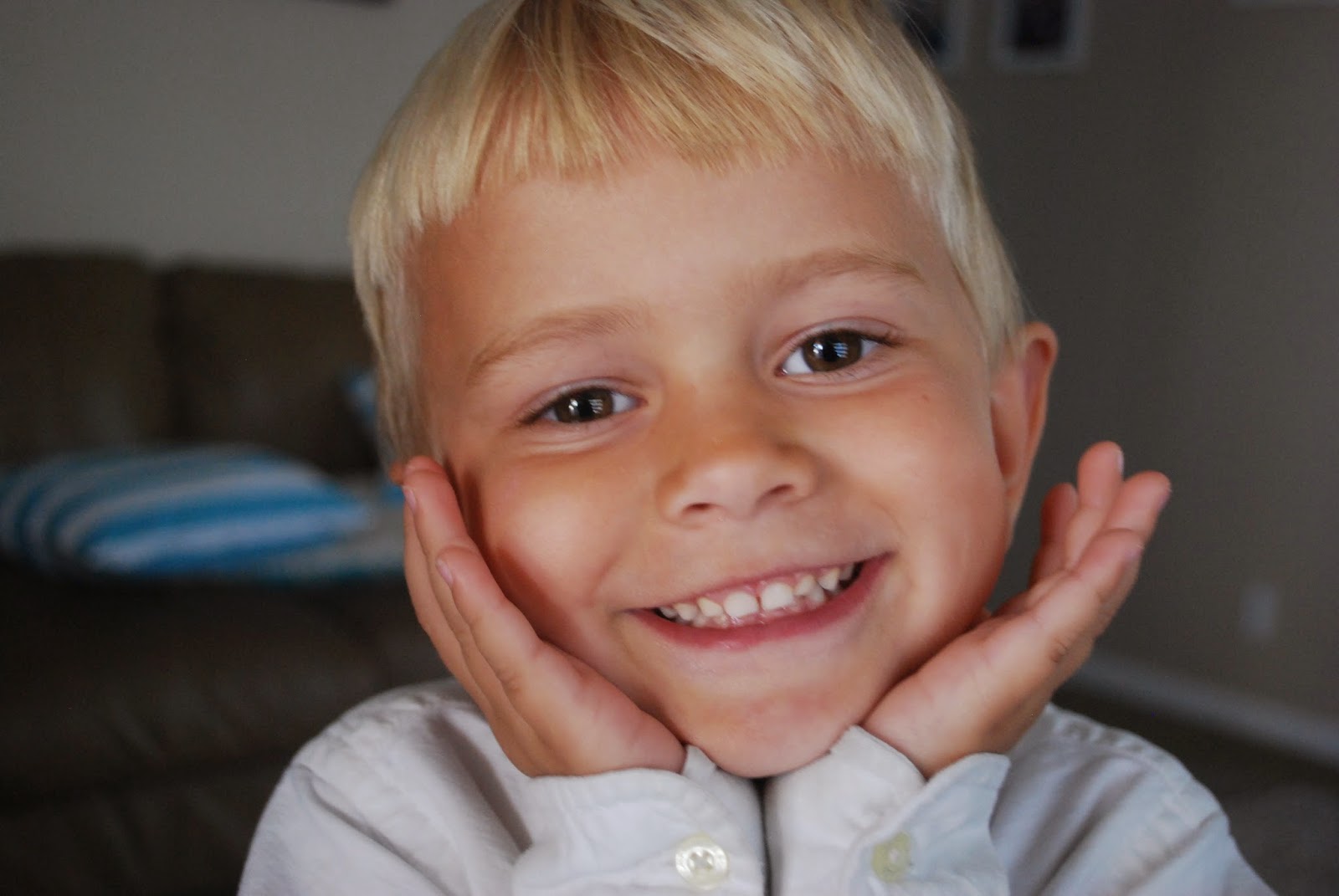 The night before his birthday I was feeling so sad! Nostalgic, really. I have never experienced terrible two's, have sorta experienced terrible three's, but Tanner has not been included in that at all. Since the moment he turned 3 he has been such an angel. Potty training was a PIECE.OF.CAKE. He is sweet and has a heart of gold. I simply did not want the age of 3 to be over for him. I have never wanted to keep a child from growing so badly.

Spencer worked late that birthday eve so I got to put him to bed. After Tyler read to him and he laid there quietly, I walked in and felt so emotional. I climbed into bed with him and told him how much I love him and what a good boy he is. I told him I didn't want him to turn 4, and that I was going to sprinkle some magic dust on him to keep him 3 forever.  Then I asked him if I could hold him until he fell asleep and while his arms were under my face I cried silent tears. I am lucky beyond all measure, and I know he was sent to me when he was (after Macie's tragedy) to be that bright light in our family. He gave me hope and joy again.

I should back up; he wanted more than anything to go to Gilroy Gardens on his actual birthday. So we did it last Saturday. That place is pure magic I tell you. It is great. 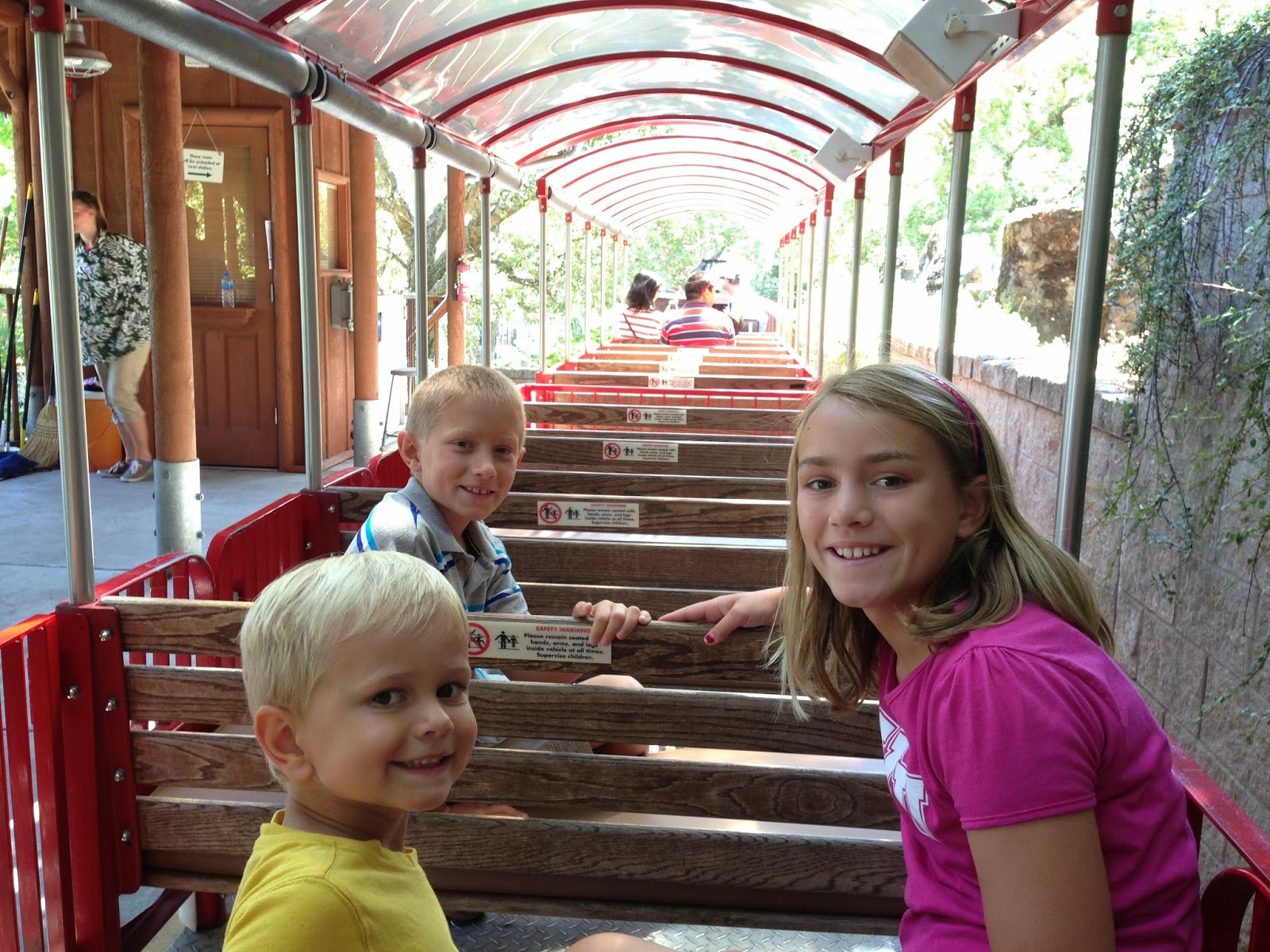 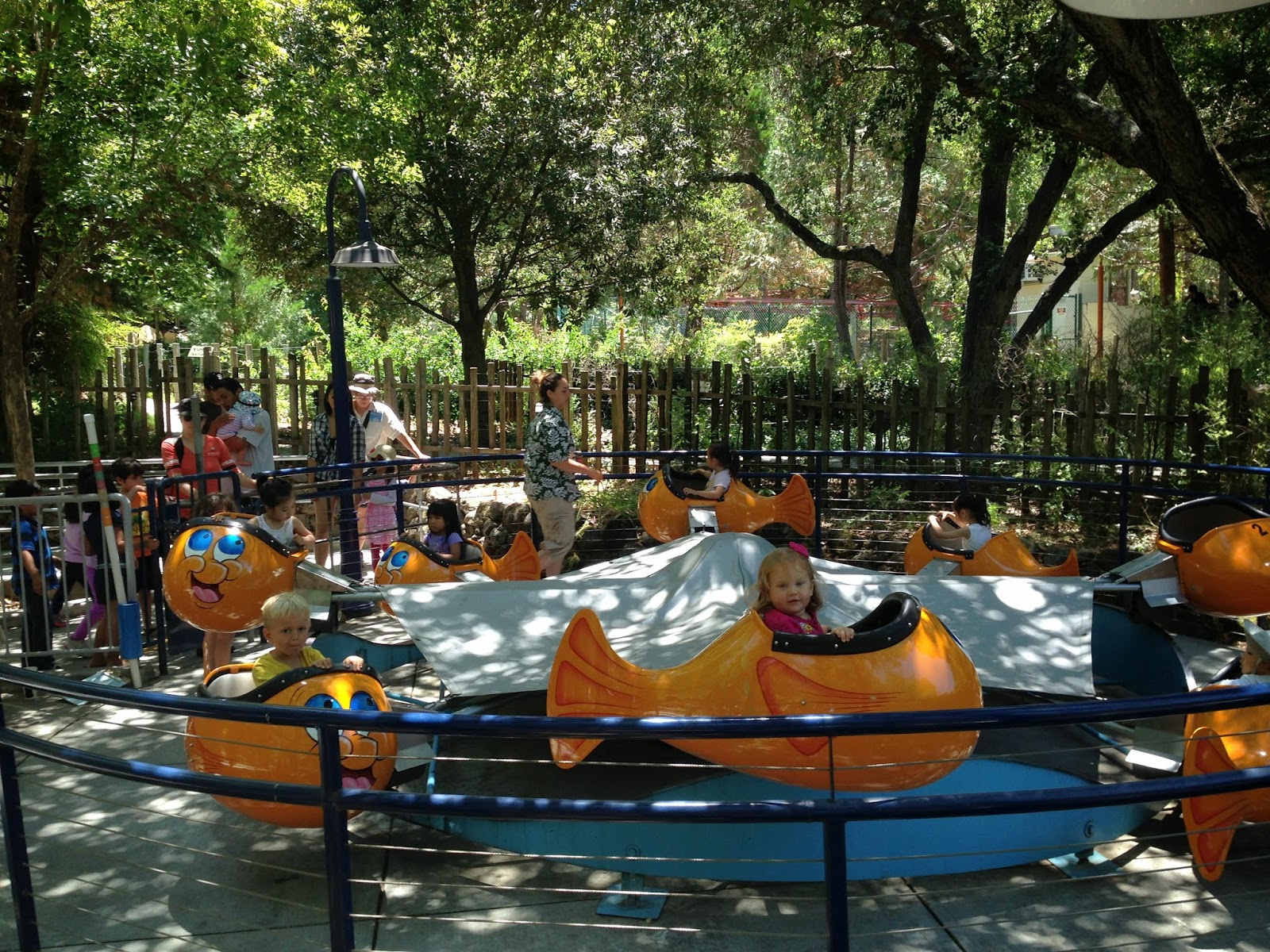 On his birthday we woke him up at 7:15 singing "Happy Birthday" and he had the biggest smile on his face. He asked me if he could do "whatever I want" on that day and I say yes. The only odd request was that he be able to eat his breakfast in the living room. 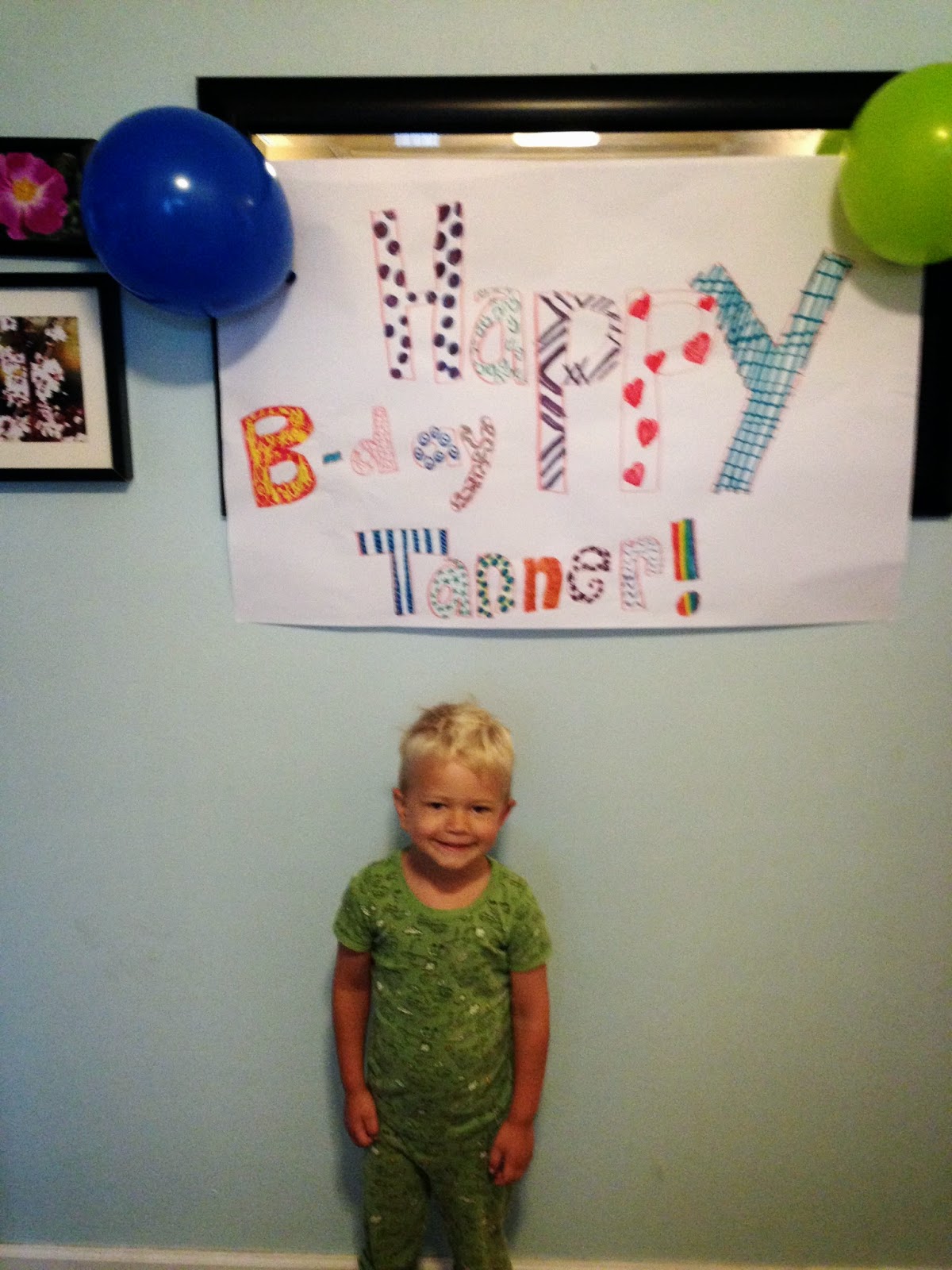 Emma made the cute sign and did all the decorating and wrapping. 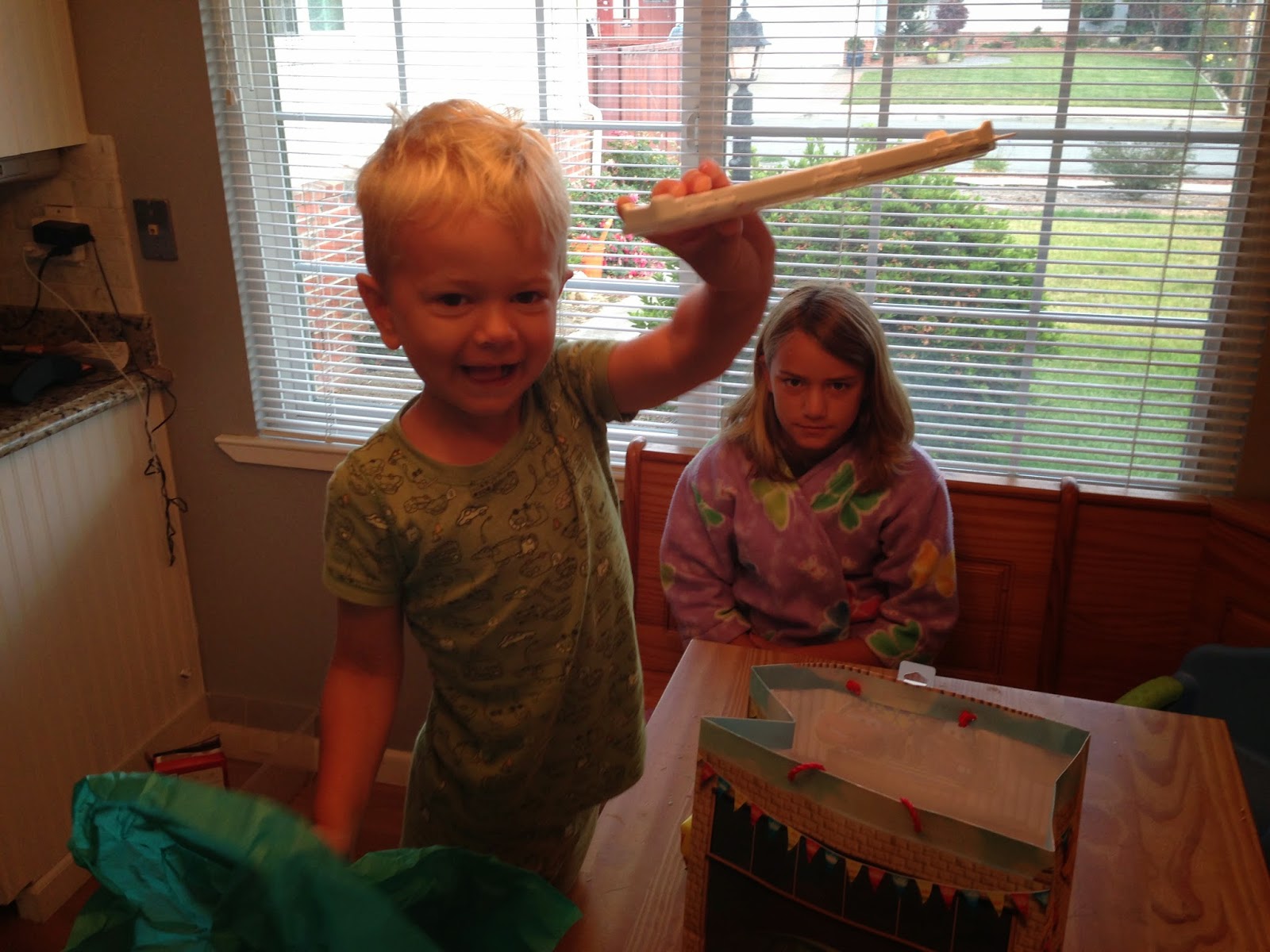 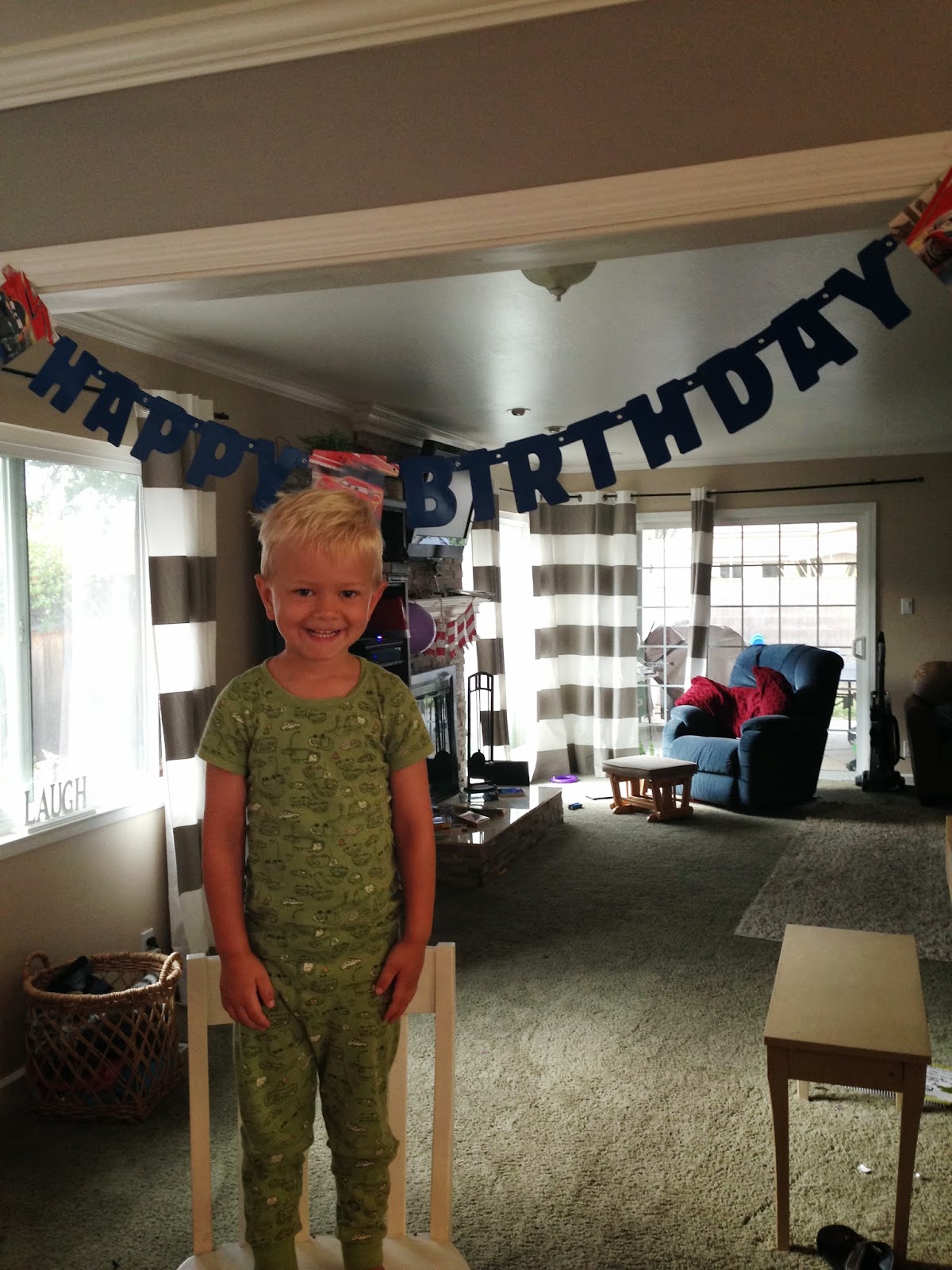 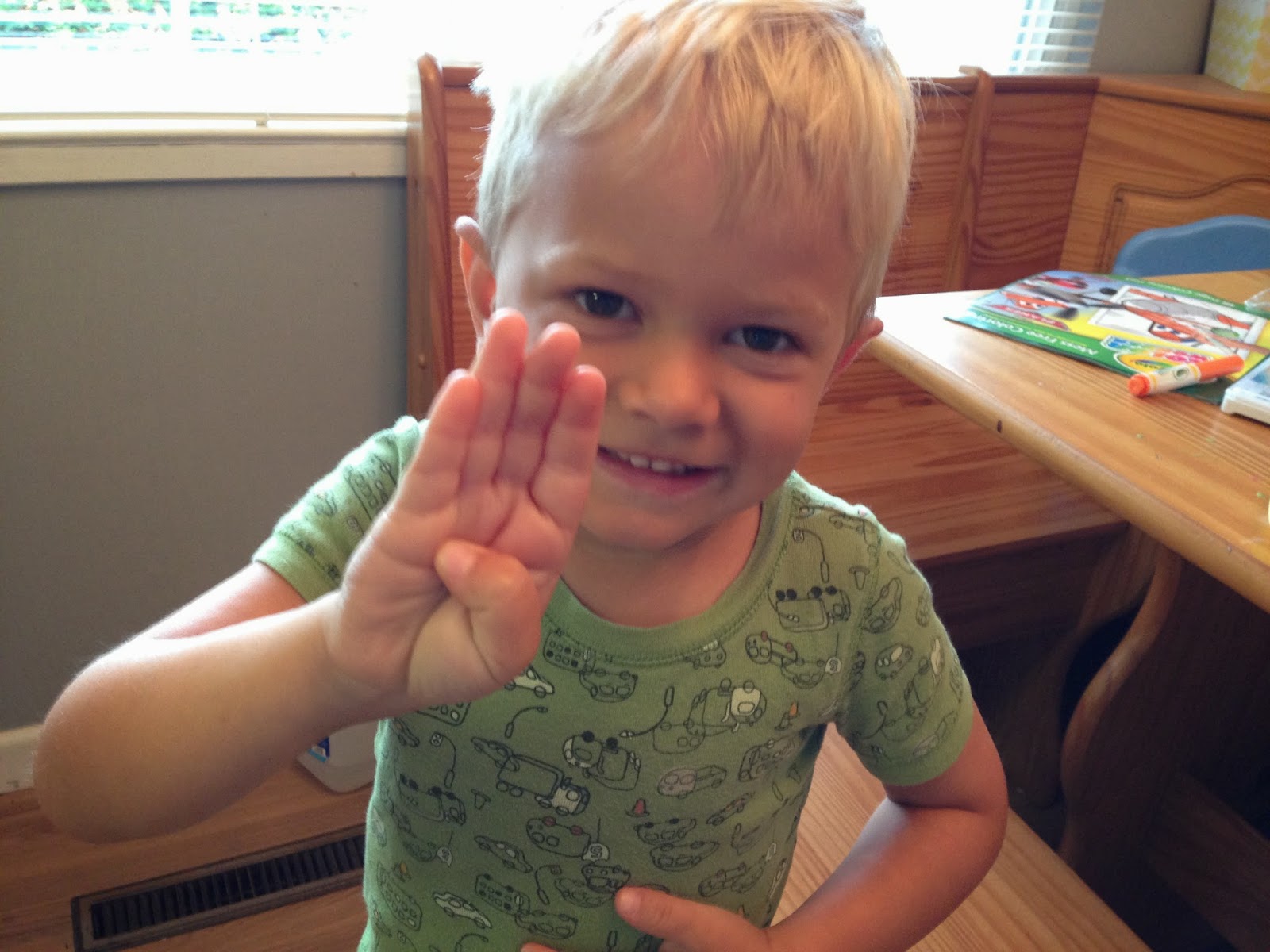 His "pool party" was at 2:00 at Parkmont pool. He had a few friends come (and a few of the friends of the other kids) and loved the attention as well as his Star Wars cupcakes that Emma made. 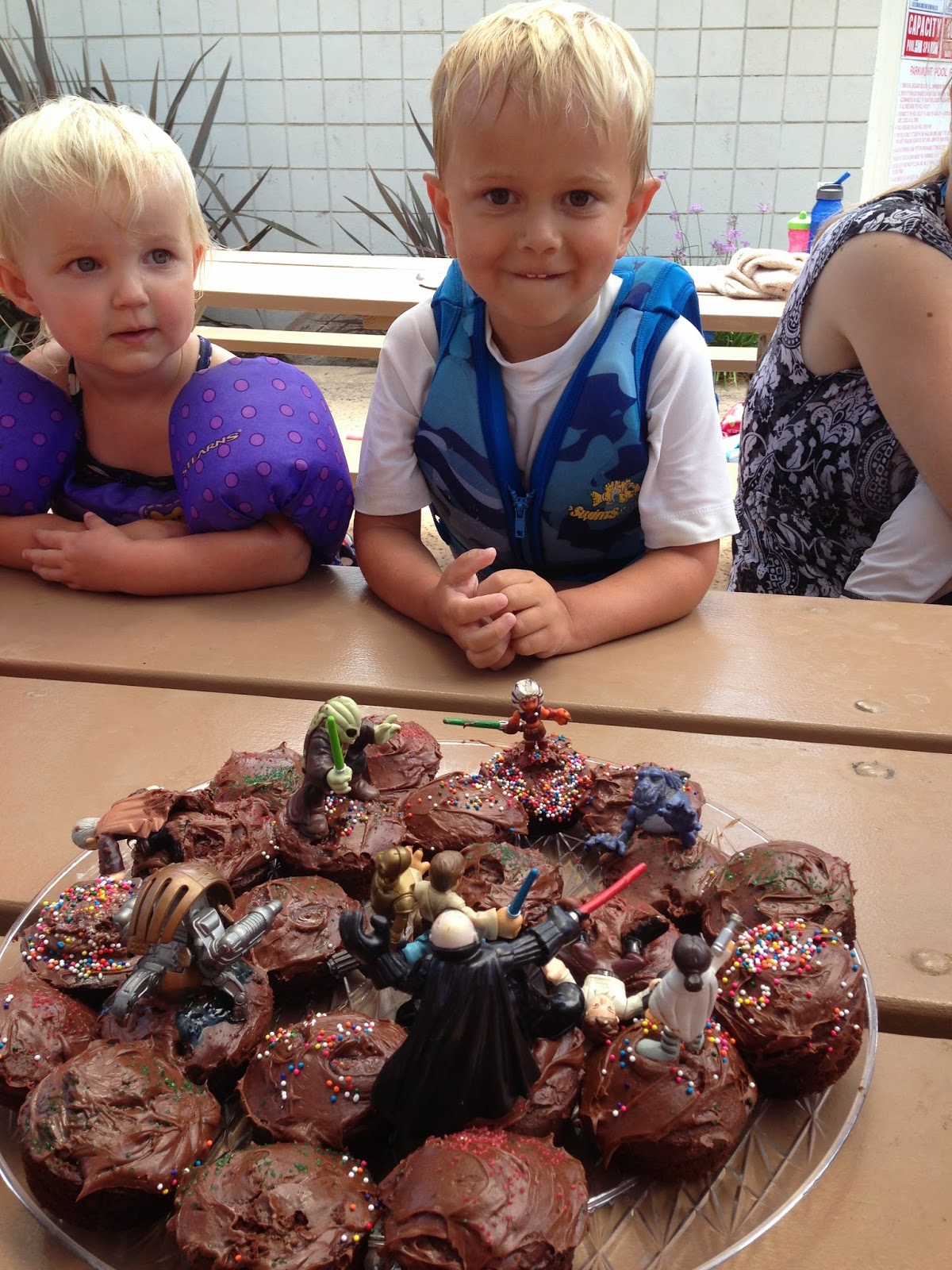 That night we had brownies and those acted as the cake. He blew out the candles, and I told him I didn't like that he was 4 but that I still love him so so much. 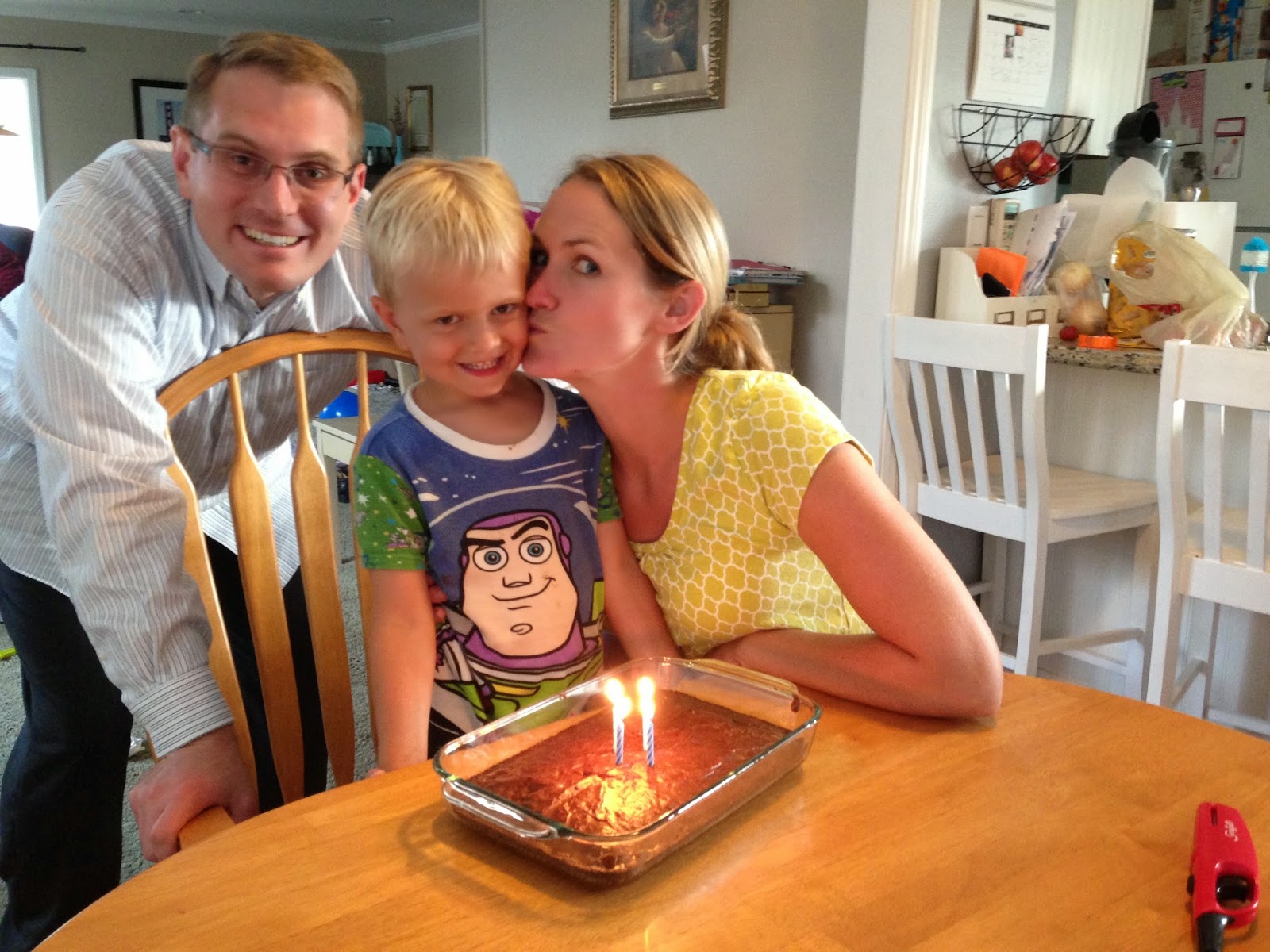 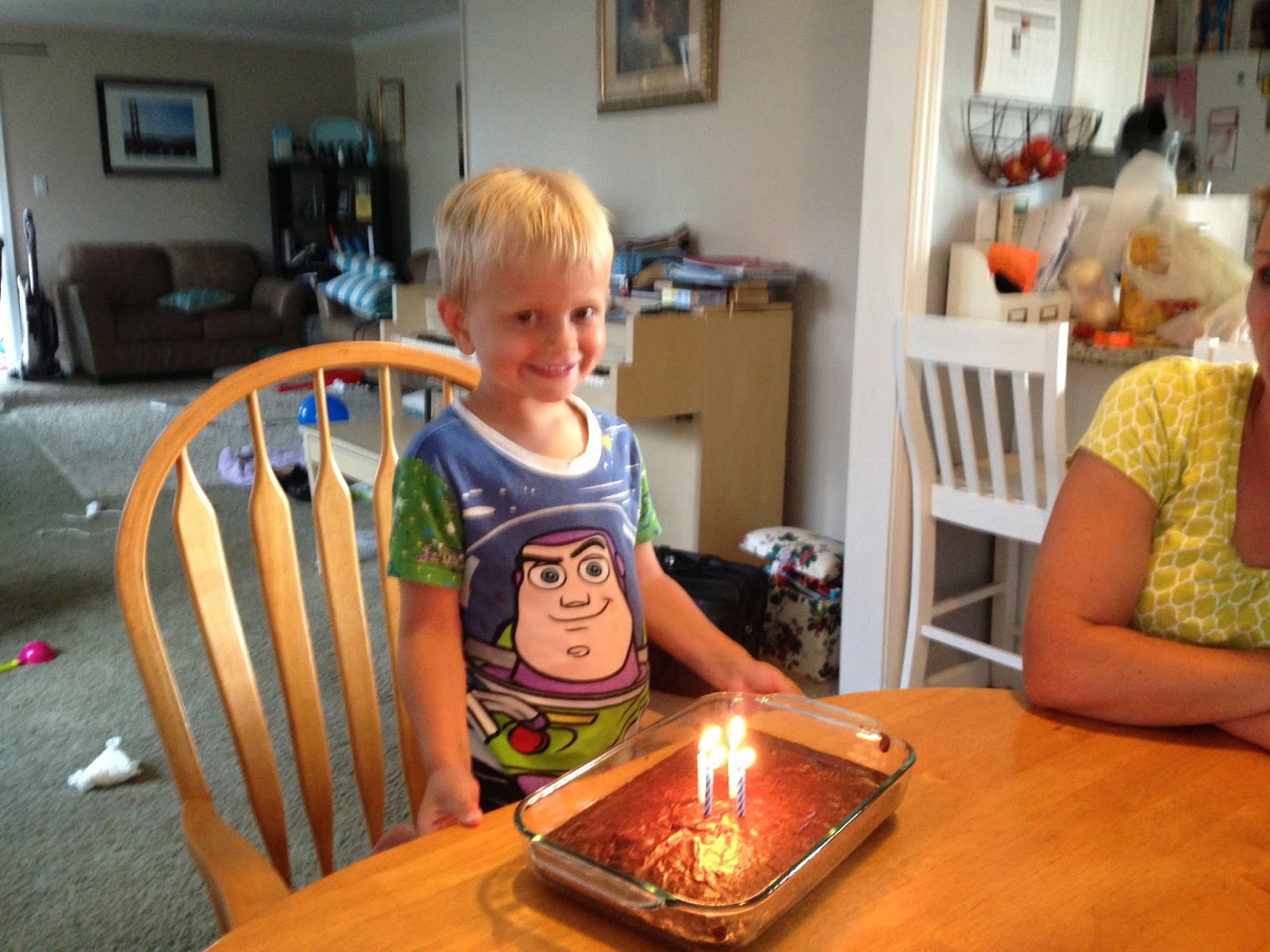 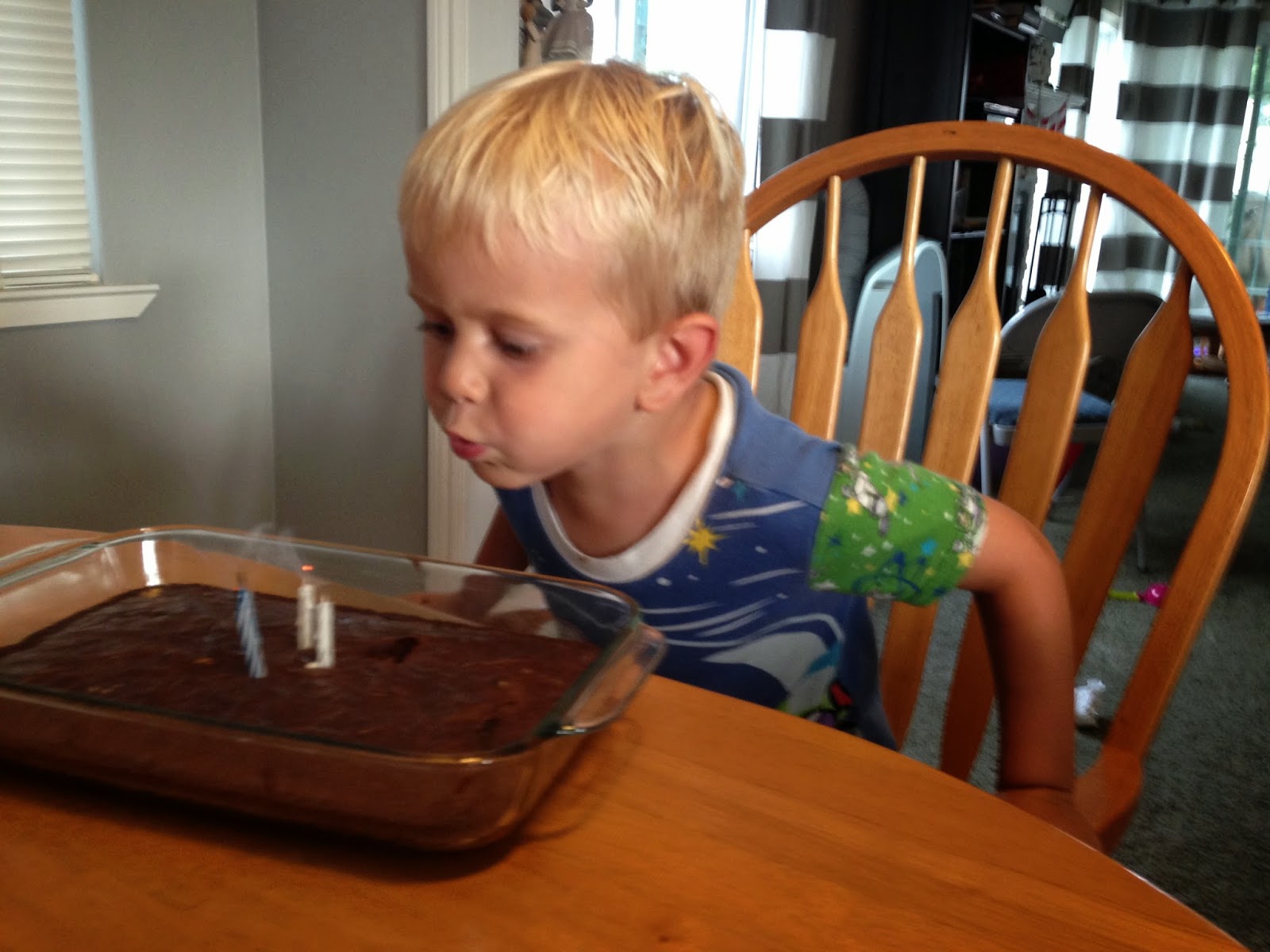 Oh boy, this one is a keeper!

What a fun holiday we had. I'm all about a reason for a party and good food. My parents came up here this year to celebrate with us.

On the morning of the 4th we had our ward pancake breakfast, and the food this year was better than ever! The kids got to be in the parade, but Sadie wasn't happy about it (duh). 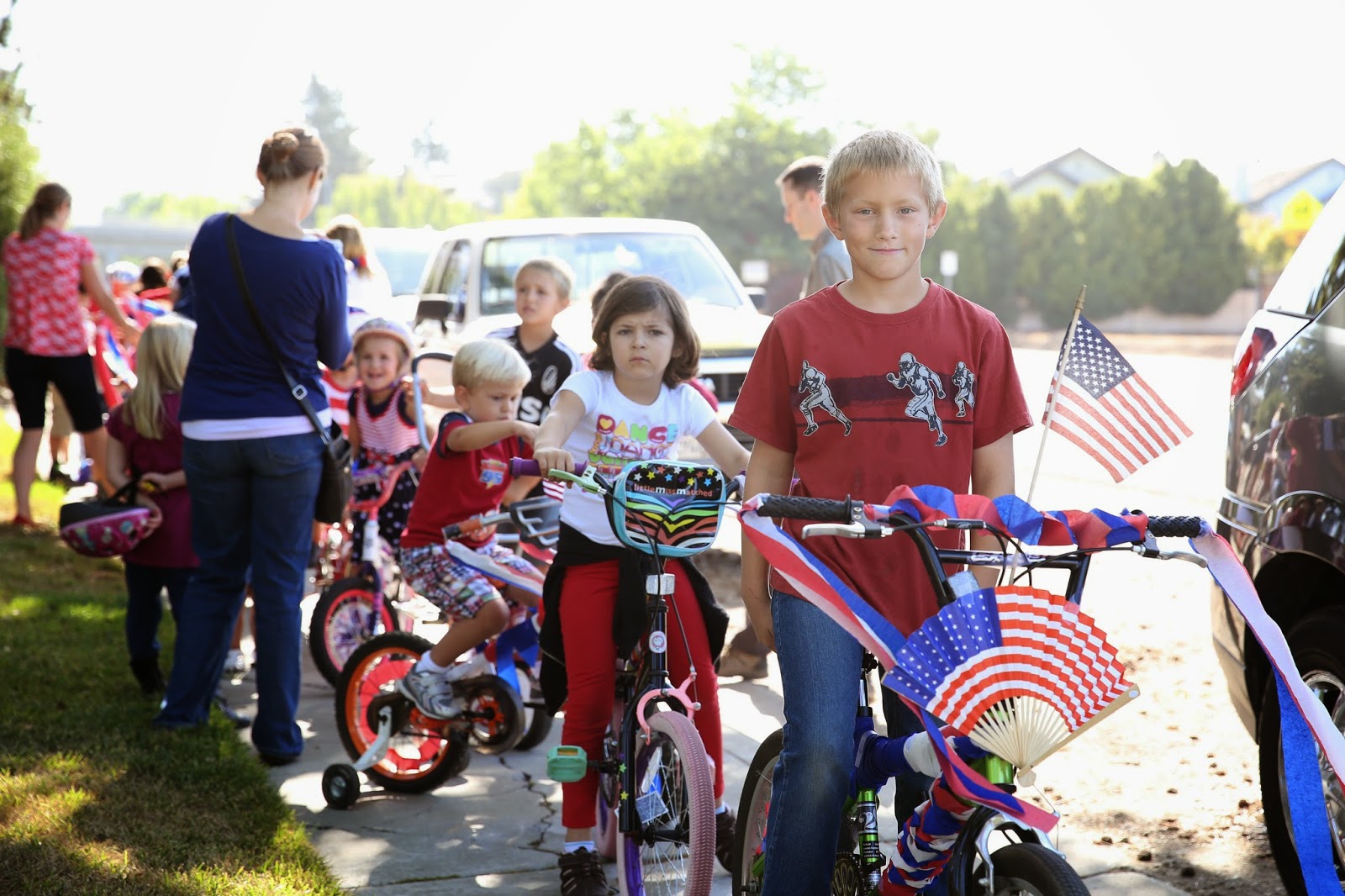 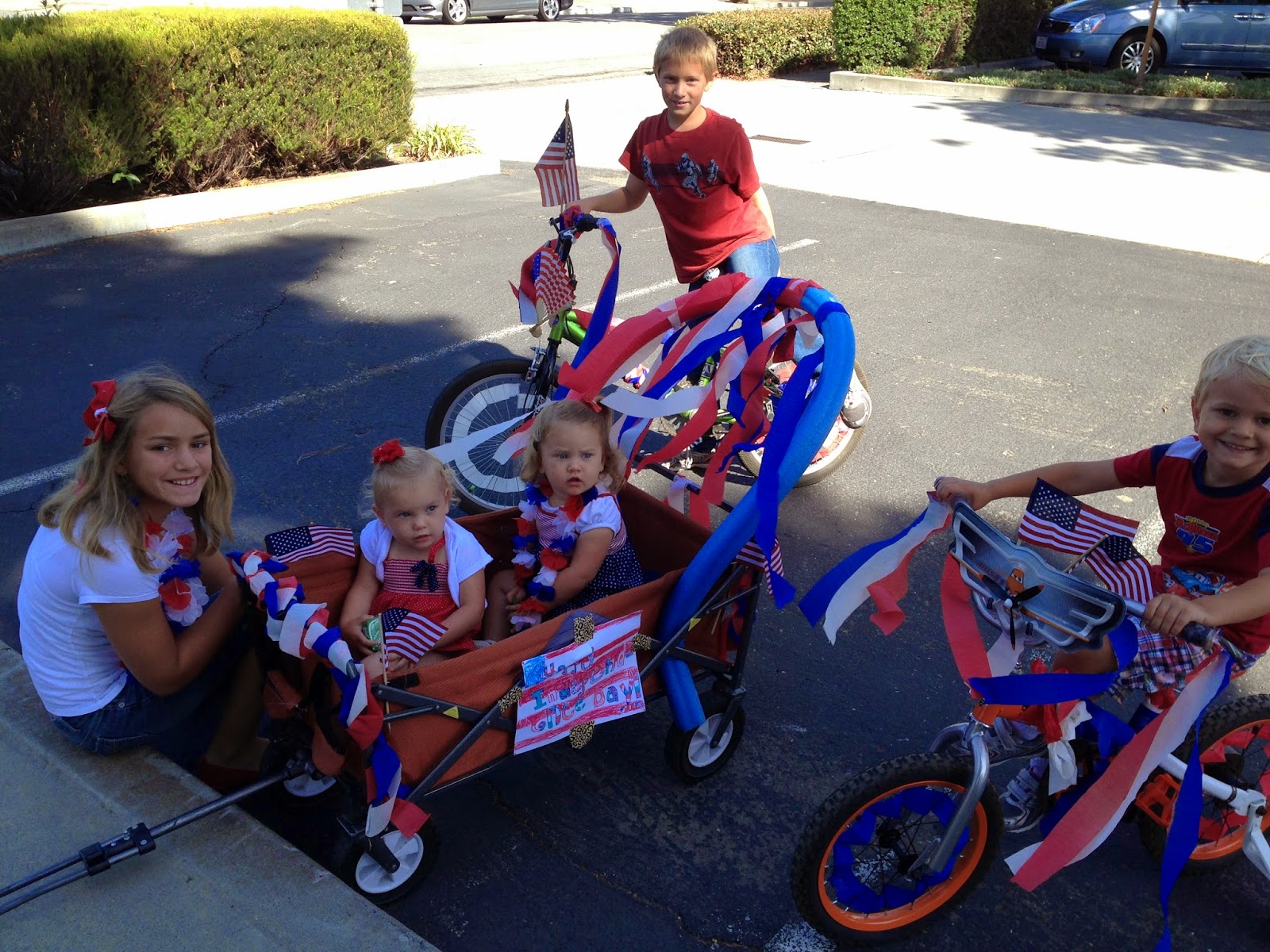 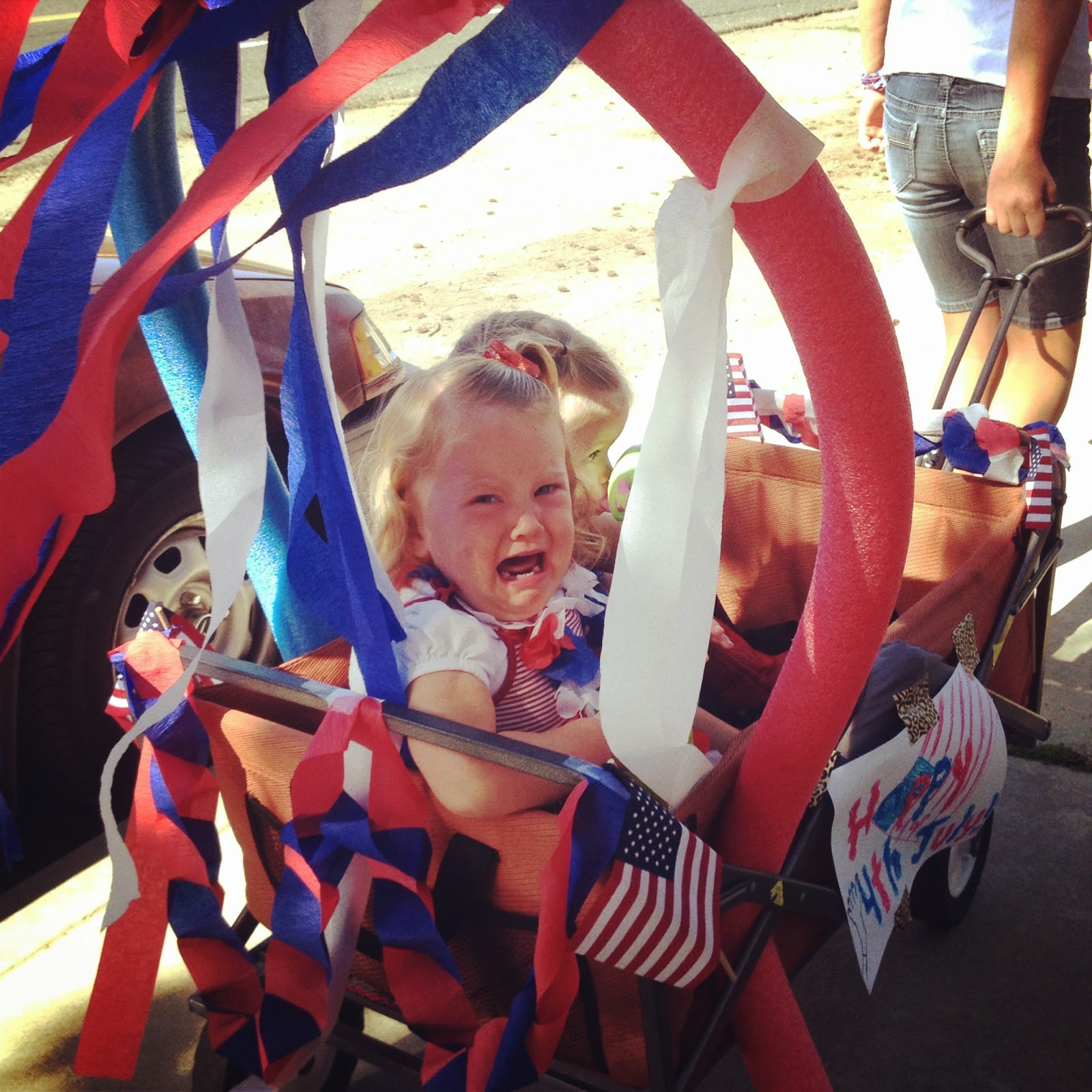 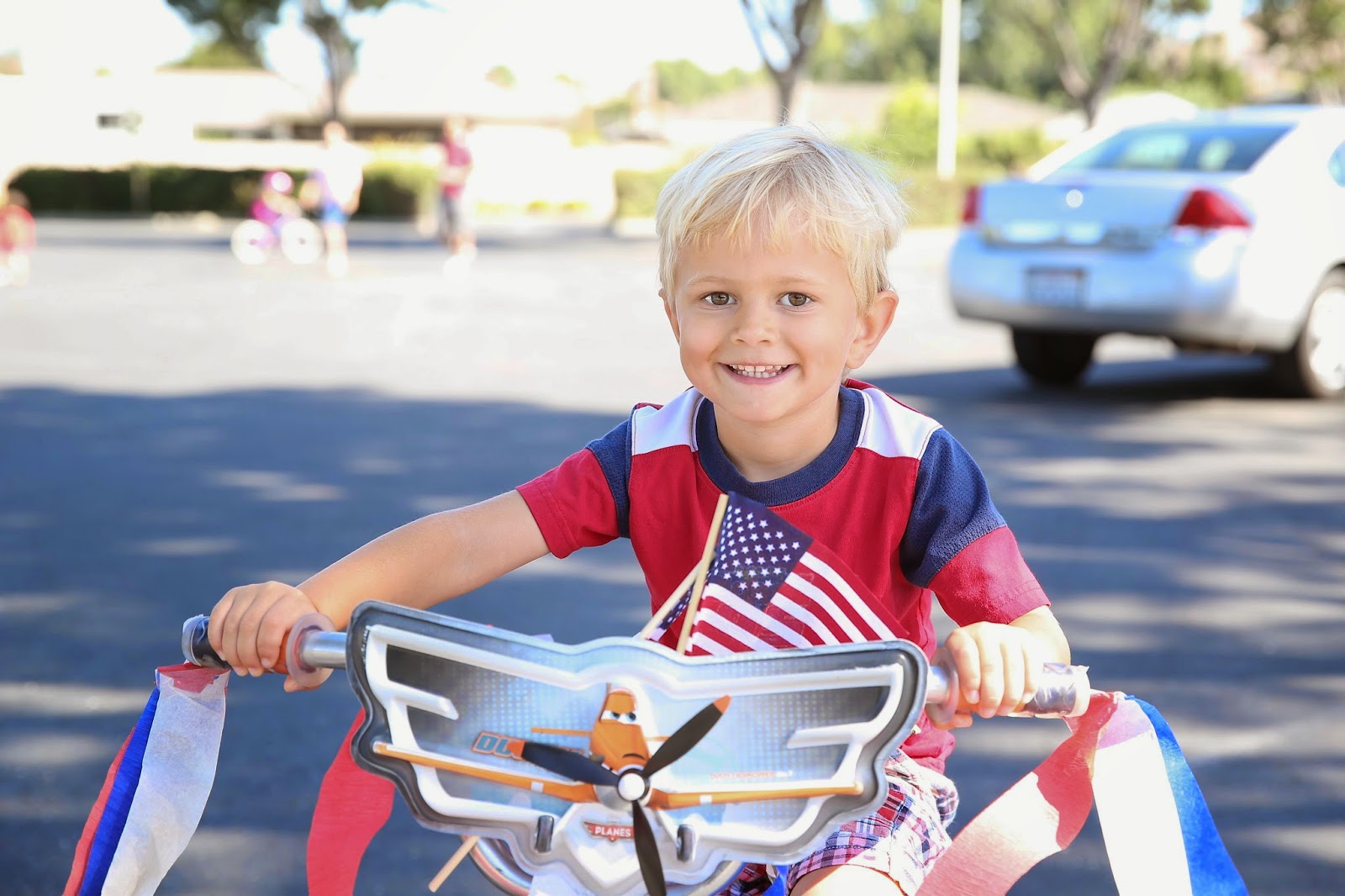 After naps we hit Parkmont pool for a couple hours and then had a yummy dinner. (Why do I only have one picture? Wrong computer. I guess I am glad it's this picture - isn't it amazing?) 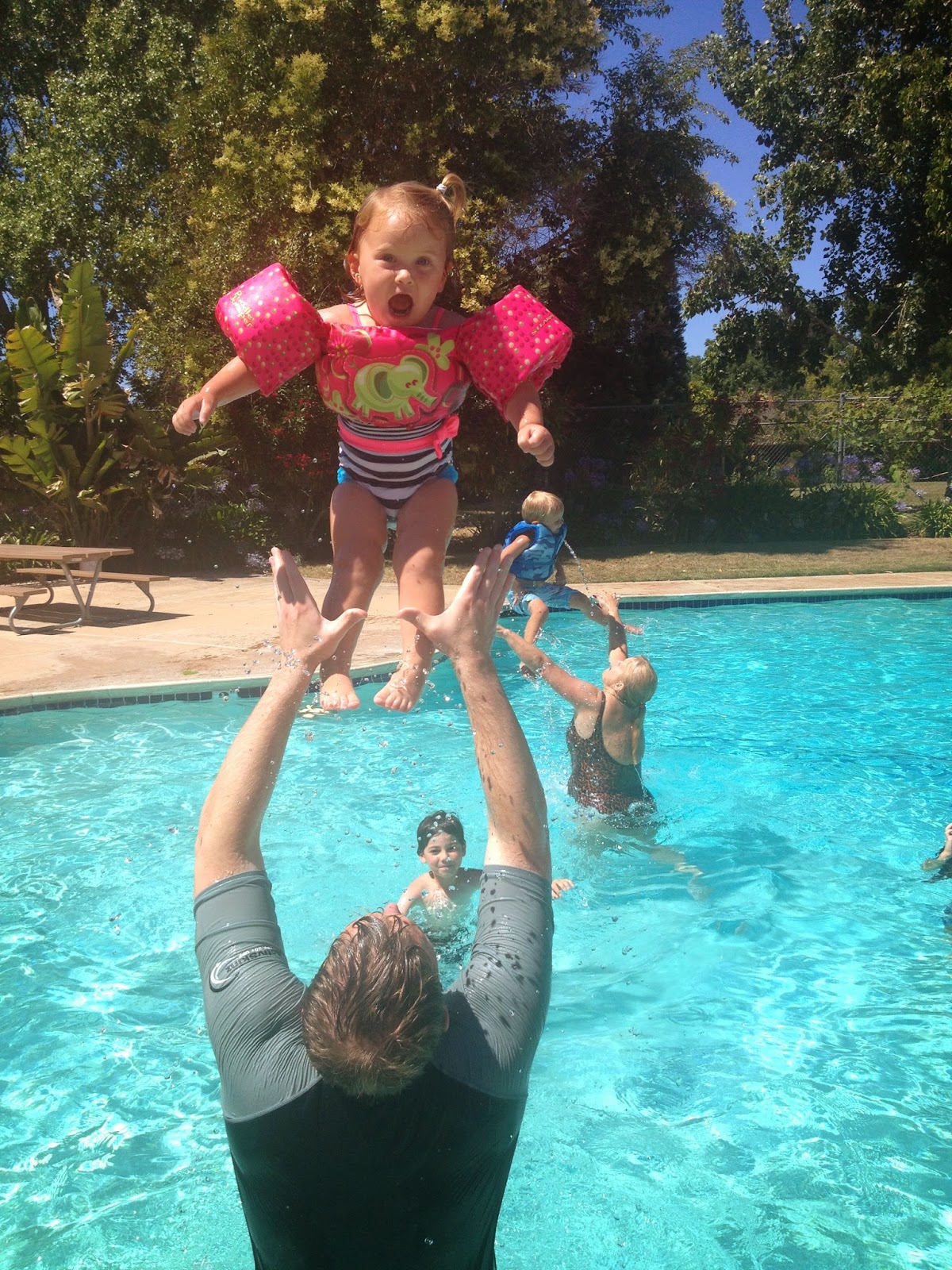 My mom got Tanner to nap after dinner (!!) so he could go to fireworks with us, and Sadie stayed home and slept while my dad happily stayed home to "baby-sit."

The fireworks were great; we were far enough away to still see everything but to avoid the traffic and the loud booms. The best part was watching the fireworks in the neighborhood right by us, and then watching the police helicopter come and bust those fun/awesome people with its spotlight and sirens.

On Saturday we had to decide between hiking/exploring the redwoods and hitting the tidepools. We decided on the tidepools and were so glad, but bummed to find out that starfish right now (at least here) have a disease so there were none to be found. After walking to the other side of the hill we happened to run into Spencer's cousin Dan and his family. Until recently they lived here but it made it way more random that they live in Provo now! It was a crazy, fun coincidence. We explored more tidepools with them before heading home. 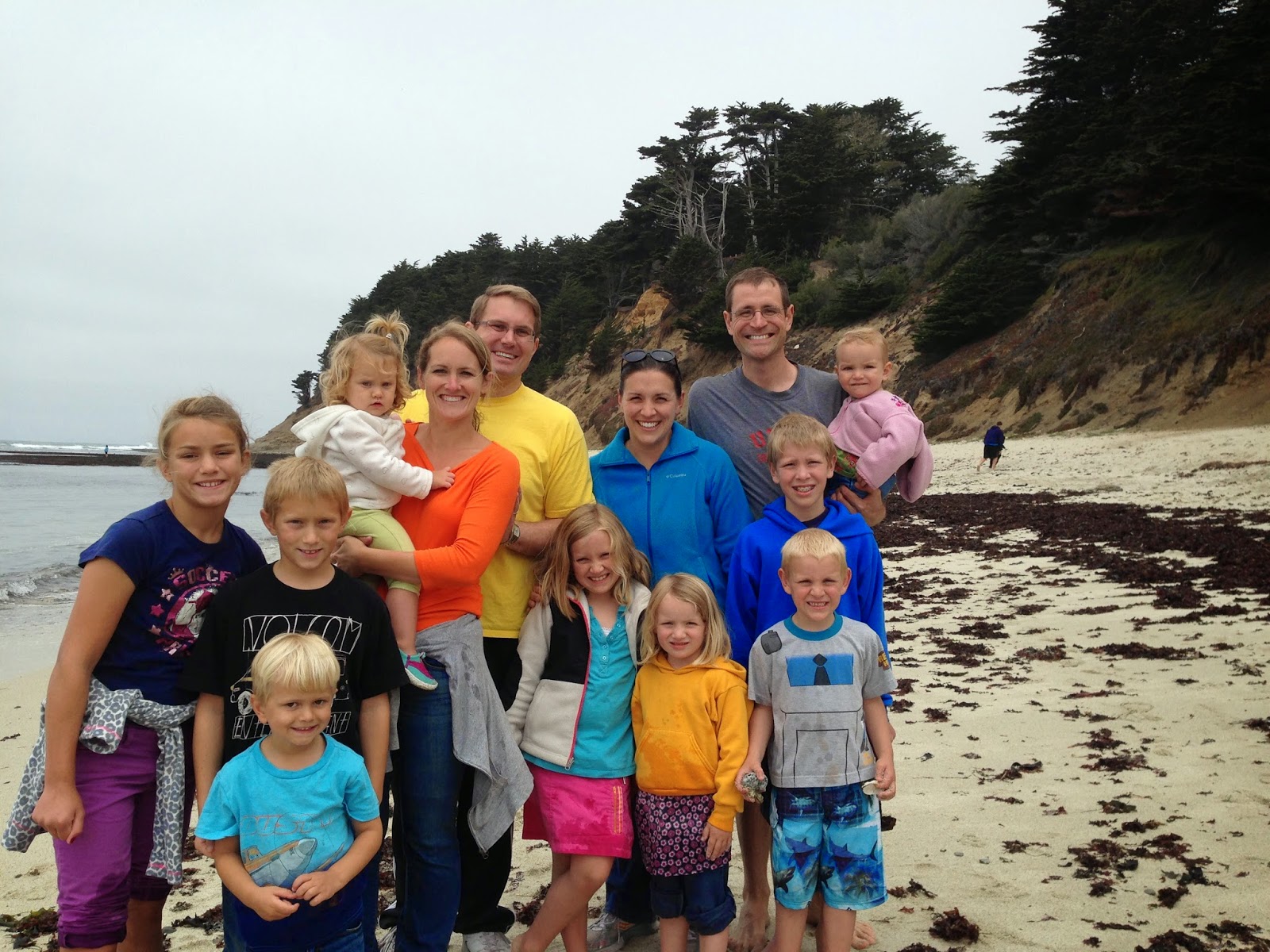 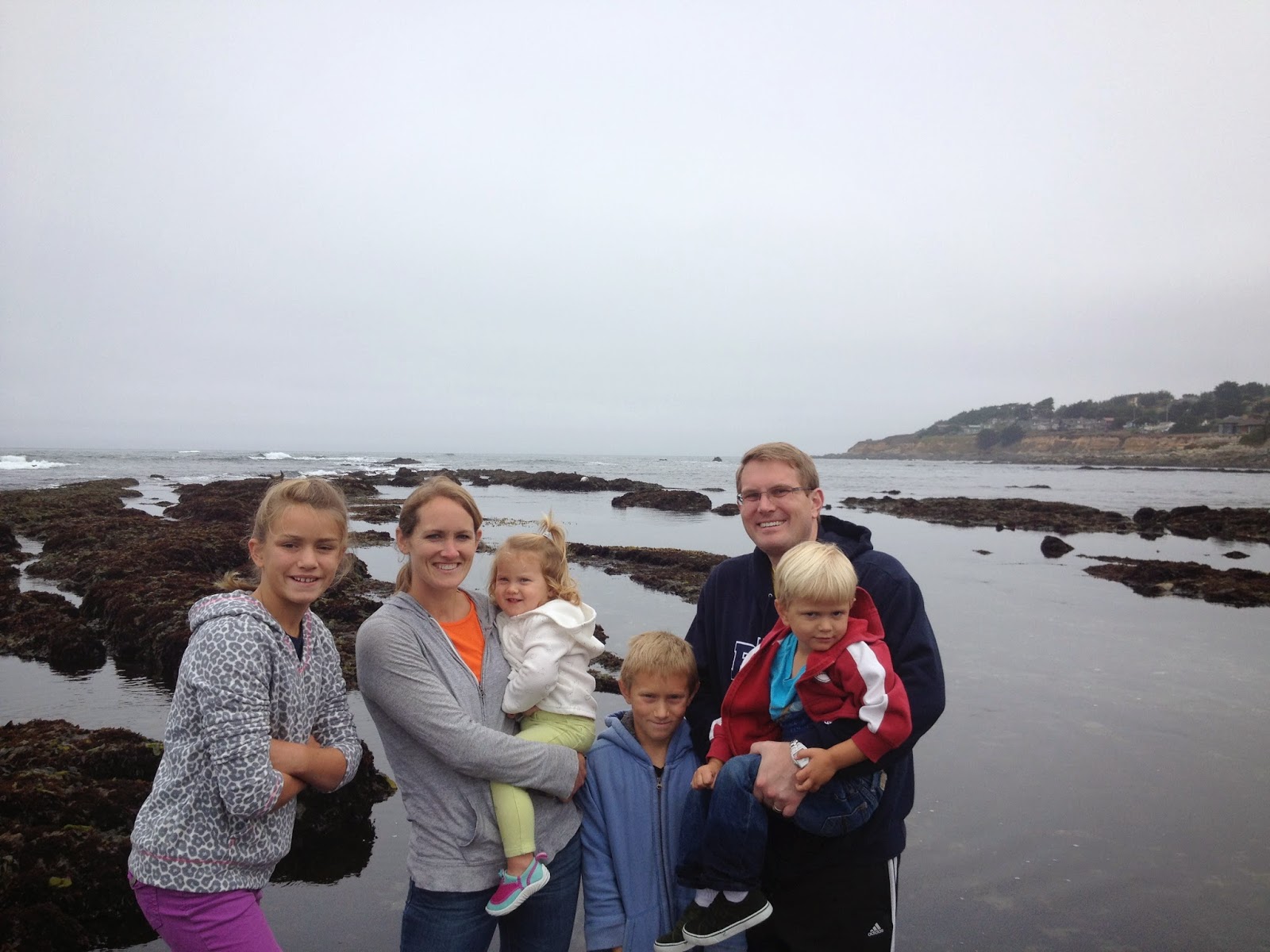 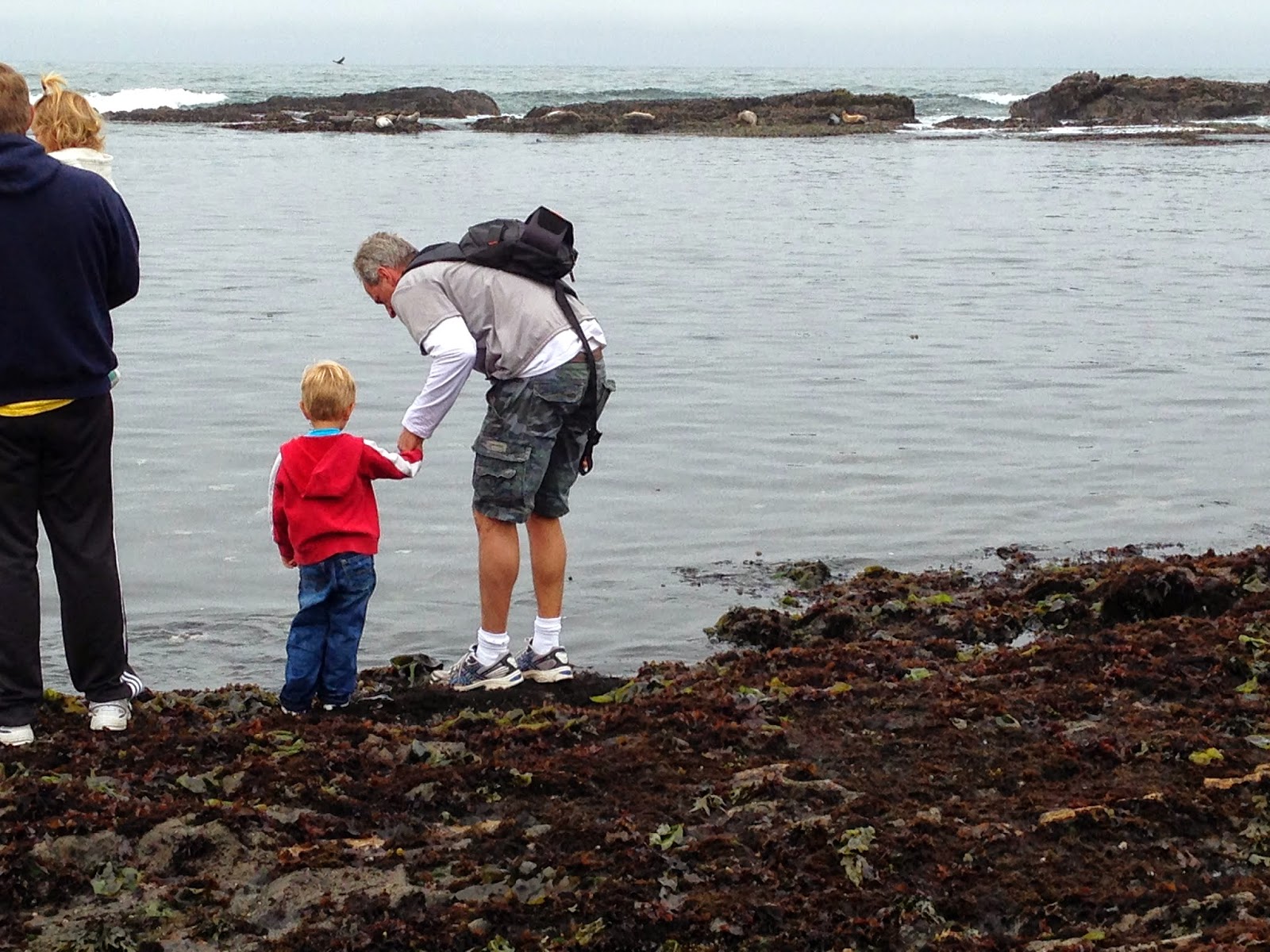 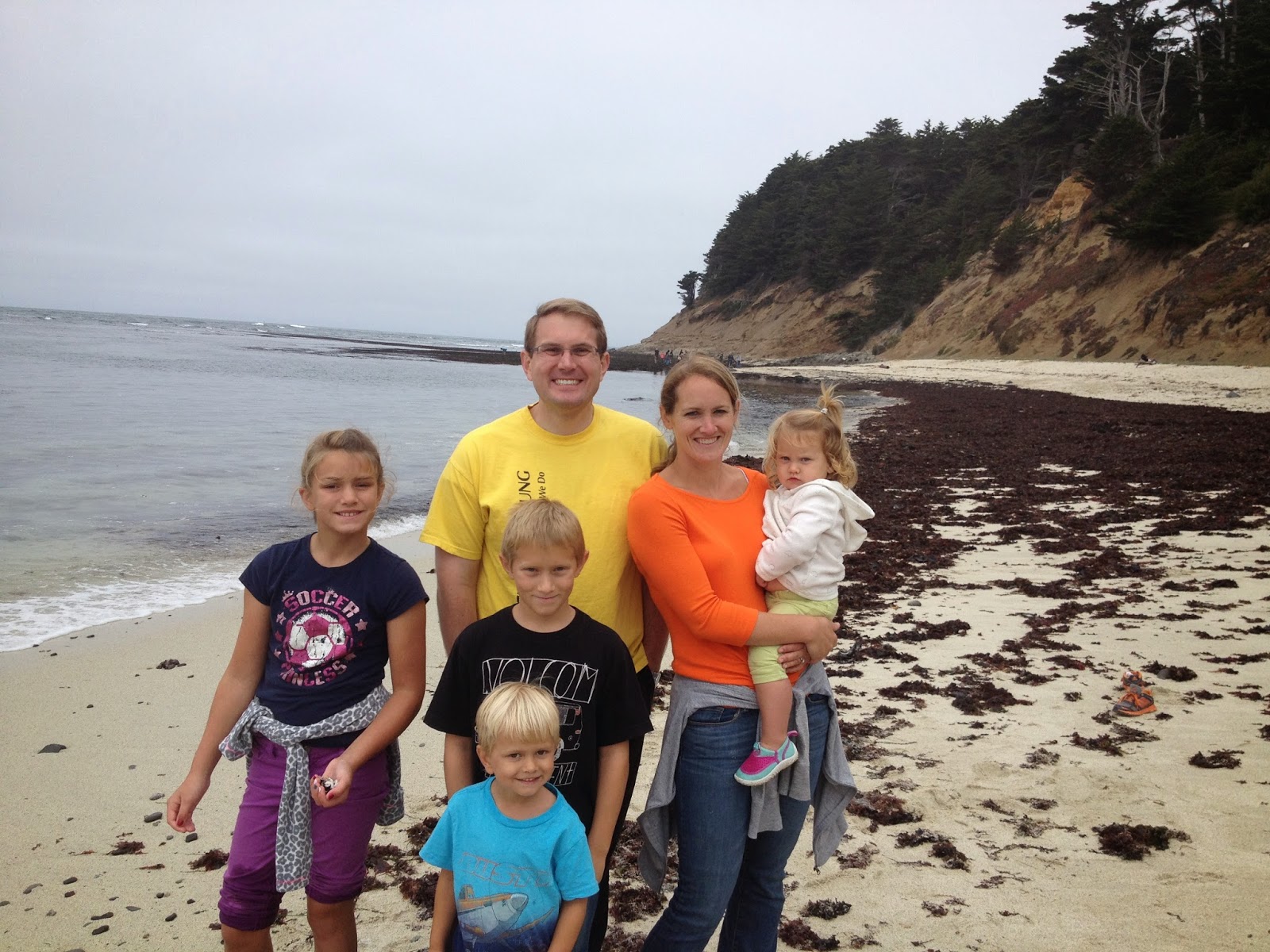