I have nothing against pre-school. In fact, both Emma and Tyler did one year of pre-school before kindergarten. At the time I thought it was something they needed to do, because almost everyone else I knew was doing it. I was worried about them being behind if they didn't. But truly, it didn't even occur to me to forego preschool.

Six months ago I started asking Tanner if he wanted to go to preschool. He always said "no." I pushed the idea at first but then backed off, realizing that I don't want to spend the money (It's $300 a month now, but was significantly less when my big kids did it), but especially that I don't even want him gone yet. This was affirmed to me last week when someone I respect more than almost anyone asked me if Tanner was in preschool and when I said "no" said, "Good. Little kids need their moms." I have thought about that a lot, and it is probably more true for some than for others, but it is TRUE for Tanner. He needs me a lot. And I am in an position to make this work, unlike a lot of other people.

So. We are doing "mommy preschool," and it is just the two of us. We aim to go for about 45 minutes a day, from 12-12:45 as Sadie naps. We have now done 5 days of it and I must say I LOVE it. I found a great curriculum to help me out (We are doing a Letter of the Week program) and it's awesome because I can pick and choose but there is PLENTY of material. Tanner is also doing two play dates a week so that he is getting to be with his friends. I thought I would worry more about him being apprehensive about kindergarten next year but I have come to realize that I as his mom can prepare him better for that than a teacher and a class full of other children would.

I kid you not, he did these two white boards one right after the other, yet the progress from the 1st to the 2nd is staggering. Once we got him going he has eaten it up. 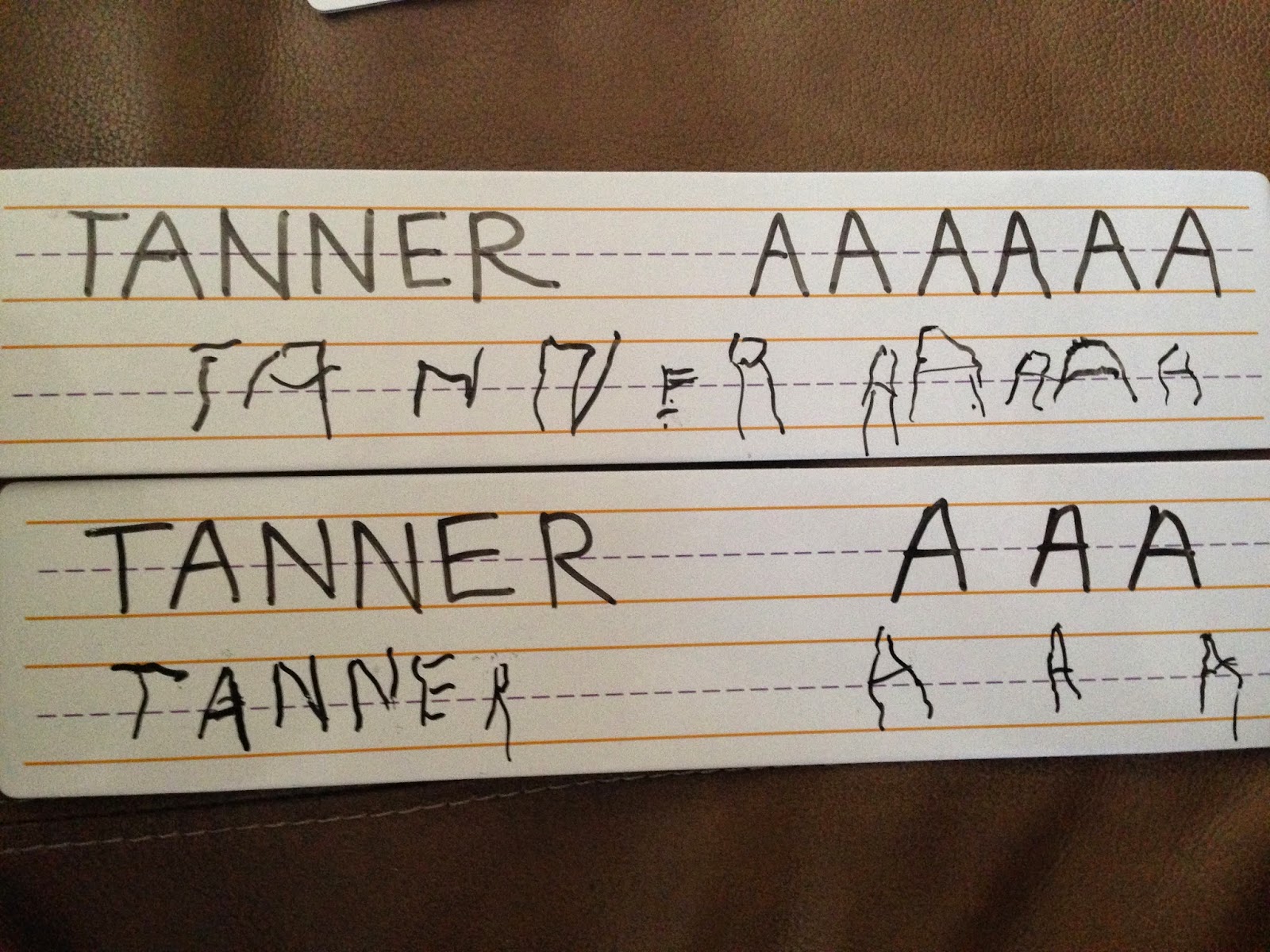 He has also brought me books in the last several days, showing me all the "A's" he can find. It's like this new part of his brain sparked to life and he is loving it and I am feeling guilty I didn't push this sooner....
A was last week. A is for Alligator. Here is last week's project: 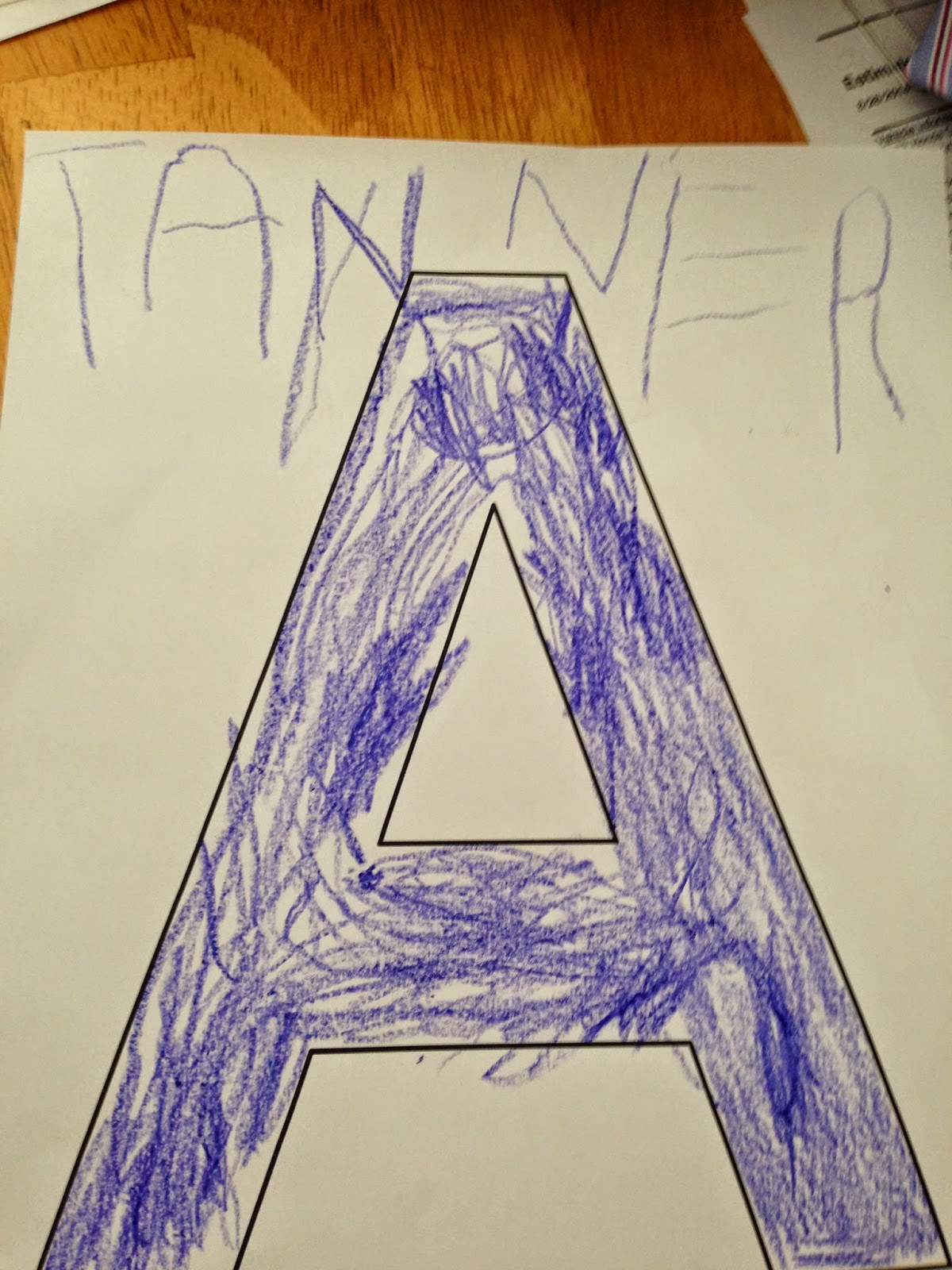 This week, we are obviously working on B. But he has to write his name a few times a day as well. And we are working on his middle and last name too. 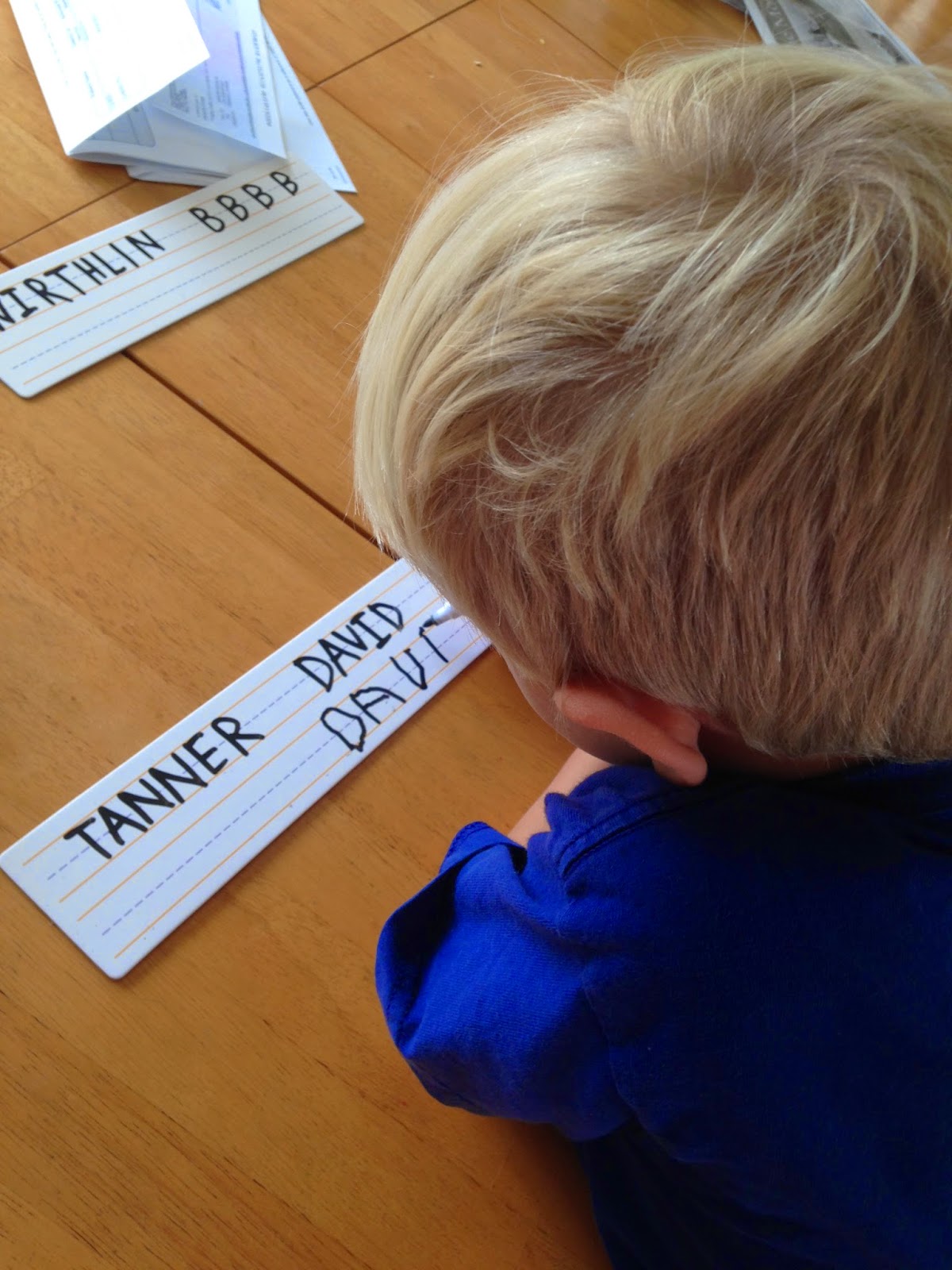 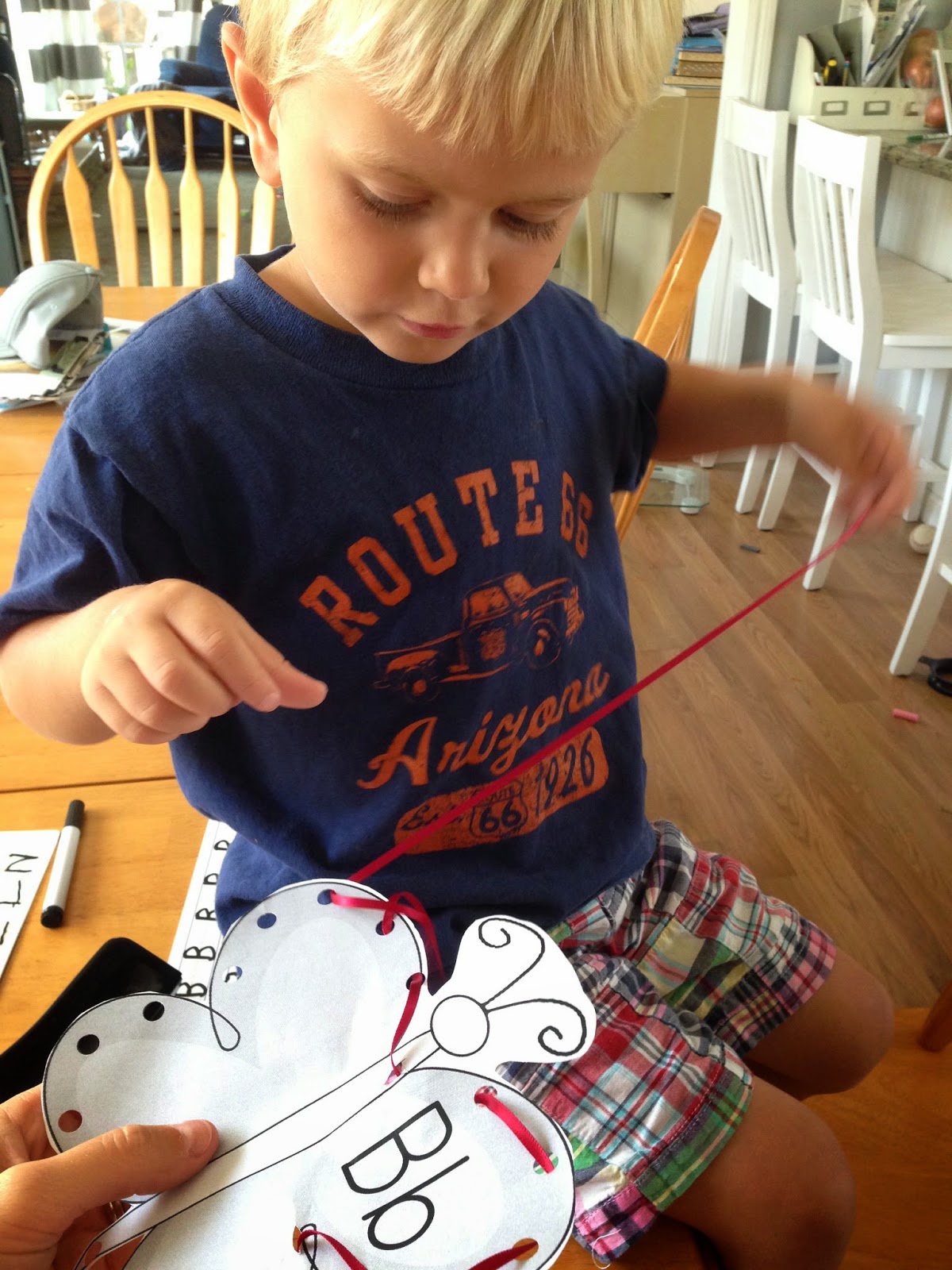 Our project today was lacing a butterfly. He was a natural.

Tanner's favorite part of the day is when he hears me tell Sadie it's time for bed. He get so giddy, and I am thrilled we decided to go this route. In just a week he has made such enormous progress and I am getting over the mom-guilt of him being the 3rd, neglected child. :)

I also bought a zoo pass for the first time in 4 years and we will start going there once a week as a field trip in place of all the writing and boring "work." Can't wait!