(I guess we are technically more than halfway done with summer break...lame.)

Potty Training was last week and went so much better than expected. Tanner may win a prize for easiest kid ever to potty train. Whoever said girls are easier than boys was just talking about their own kids. For me it has been the complete opposite. It has also helped that Emma jumped right in and took him when I couldn't. Bribes work well for this little boy. We hear lots of "I have to pee!" around here.

Speaking of potty training, Tanner had a birthday, potty trained, and gave up naps all in the same week. It's been a bit of an adjustment around here. He has handled it all so well.

And along the lines of Emma being such a good helper...she has turned into quite a work horse. She is motivated by money, that girl. Just this week she has cut back a seriously out-of-control bush, washed both cars, and vacuumed Spencer's (in addition to her regular daily chores, for which she doesn't get paid). She always asks for us to "gross up" her pay: $4.40 to wash and vacuum the car. She likes tithing to be built in. Smart.

And keeping with the Emma theme...she has become quite the baker. She is always asking to cook something. This week she did a few different batches of banana bread/banana muffins. Adding chocolate chips was her best addition. I had to ban her from baking for a few days, just so my calorie intake can go back to normal.

Sadie is crawling. A lot. Everywhere. She crawls around and then always comes back after a few minutes just to be near me. If I walk away she follows me. But after crawling for about a minute her entire head is sweaty. If I had legs like her (hmm, who says I don't?), it would wipe me out too. It's fun to watch her progress. She is getting lots of exercise.

Speaking of exercise...My kids have motivated me to get on the treadmill. The big kids run half a mile to a mile, and have started helping with Sadie so I can get a bit of time in too. I feel so much better!

Tyler is about to have some fun. He is going on a trip and then having a big birthday and getting baptized. It will be a whirlwind few weeks around here. I am pleased as punch with him in general, but kinda bummed about the impending "scout thing" that is starting; it is already really intimidating for me. I should just be grateful there is no birthday party this year on top of everything else.

I love having my kids home. I really do. But MAN, it is so much more expensive to have them home in the summer. They eat more, we do more (not everything is free), and having 4 kids is just costly! Maybe there IS one perk to having them go back to school in 4 1/2 weeks...

Lastly, Emma has wanted to do this for a long time. 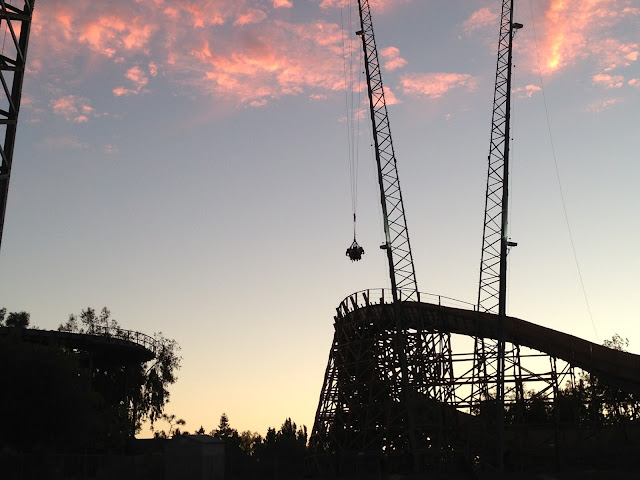 I did it once when I was 12 or 13 and loved it but just couldn't bring myself to do it again. We paired her up with a good friend (and his dad) and let them loose (pardon the pun). Oh my...it almost gave me a heart attack. This girl is fearless. Too bad it was kinda dark, but the sky was gorgeous.

This kid is so great. When I asked him what kind of cake he wanted he said "lemon bundt cake." What? He's three! We talked him down to a chocolate bundt cake.

Tanner is sweet, smart, and his platinum blonde hair, adorable smile and big brown eyes get him whatever he wants. 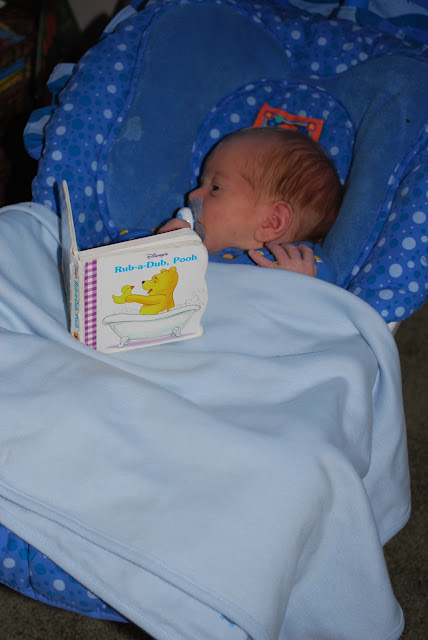 This was Emma's doing, of course. 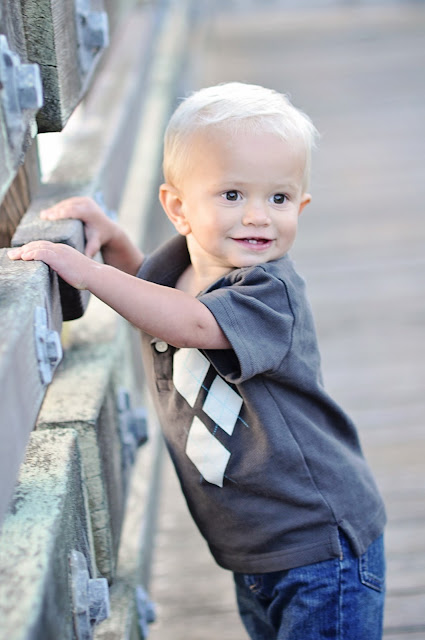 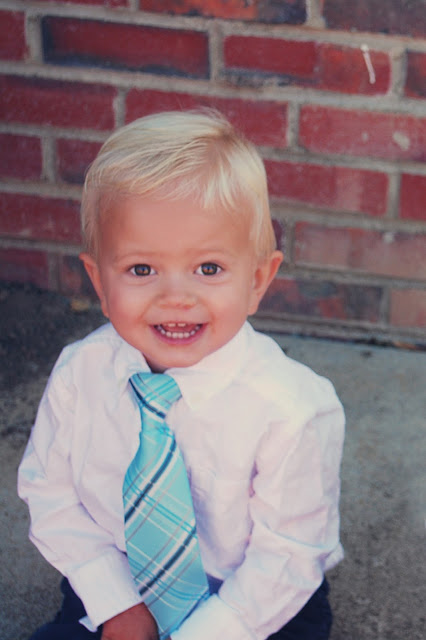 Today we went to a water park and he got to play play play. 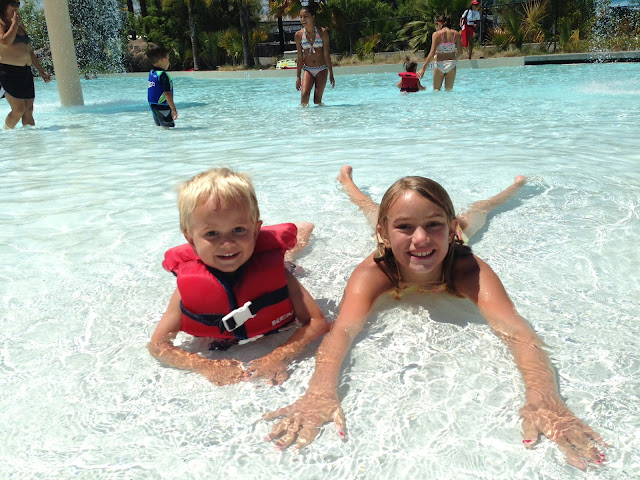 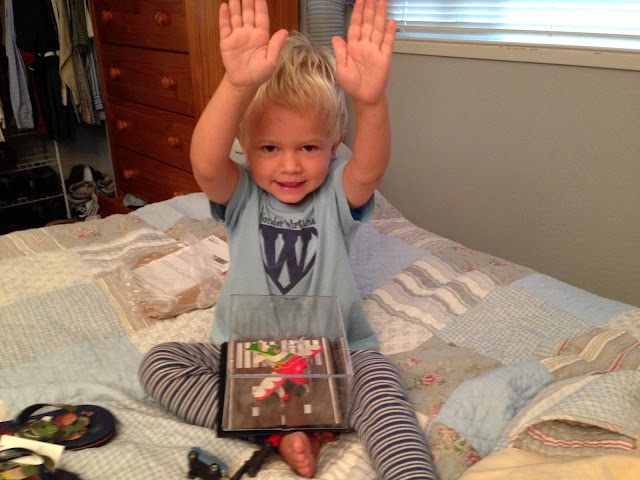 Tonight we will finish off this bundt cake (we celebrated last night with some guests too). Happy birthday little man. 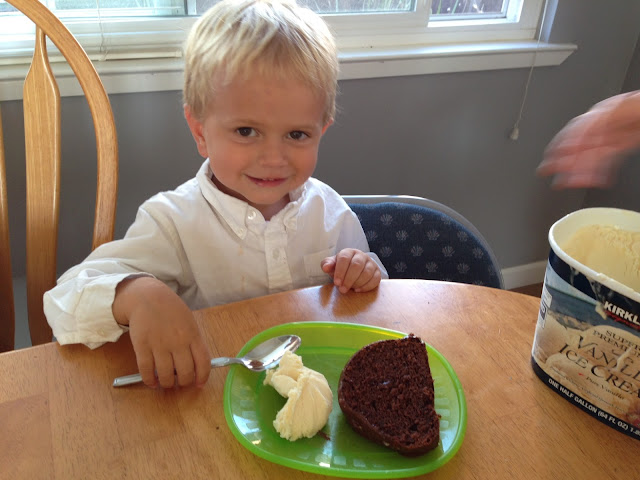 I have a few vivid memories of Yosemite in my mind from when I was a kid (10-ish?), but the rest are fuzzy. We visited 4 years ago, just for a day, with the two kids we had at the time. This time we needed more of the experience.

Do you have any idea just how hard it is to get a camping reservation in Yosemite? On Valentine's night this year we were up planning our strategy because the next morning at 7 a.m. was our one shot for a reservation. We planned to get a few sites (you can get two each) but we just got one. By 7:01 they are all gone. Seriously. We were bummed but quickly realized the site we had gotten was a DOUBLE site, and we could have 12 people on it. Yes! 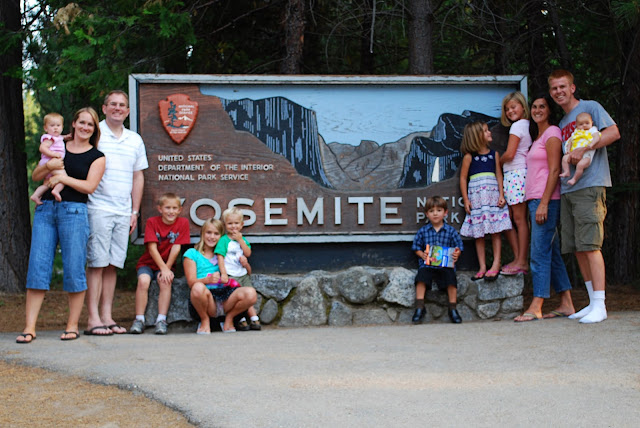 Our friends, the Eyre's, came with us. We each had a motorhome. On the drive to Yosemite our generator died so we roasted in 100 degree heat as we drove the rest of the way. Little did we know how much of a foreshadowing of our week that would be. Yosemite had record heat (as did the rest of the West, apparently) for the week we were there, with the temperatures every day between 95 and 100. Not ideal for camping, not ideal for no air conditioning. (We couldn't have used the generator while there anyway, but it made the drive pretty hot.) We made do: we did our hiking in the morning and swam in the ice bath (aka the river) in the afternoon. No one slept with any blankets, and the kids were in minimal clothing. We drank a ton of water. And it was a blast.

Yosemite has a free shuttle that makes tons of stops, essentially anywhere you want to go. Basically, the idea is to drive into the park and then not drive again until you leave. It works well, especially considering all the bike trails everywhere. And considering that when we park the motorhome we don't move it. 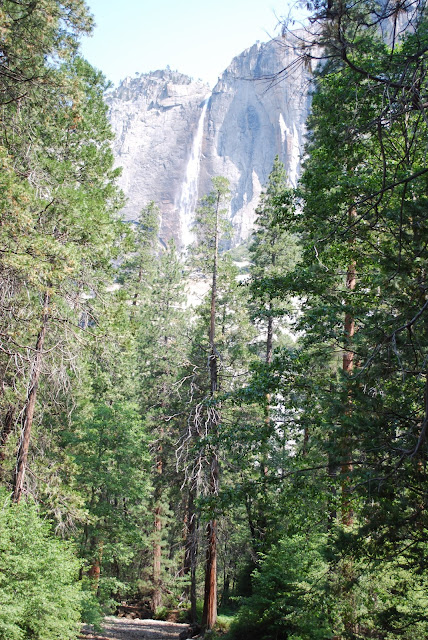 On Monday morning we "hiked" (walked") to Yosemite Falls. Ben and Ashley took all the kids to play on the boulders at the base of the falls while I took a scared Tanner to a calmer section of the river to play. Spencer played with Sadie. 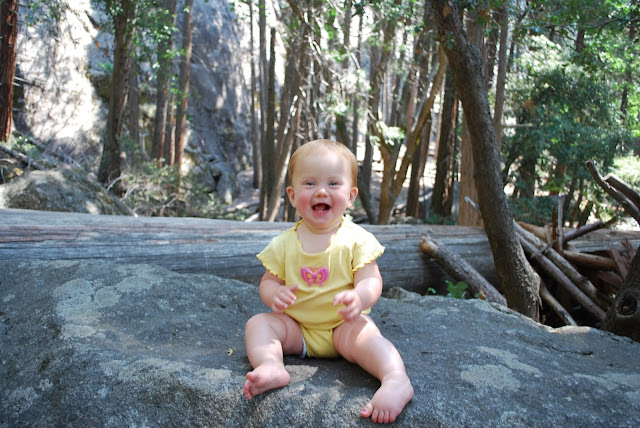 Emma fell into the river, up to her chest, right as they were coming back for us to leave. Brrrr. That afternoon we went down to the river to play. 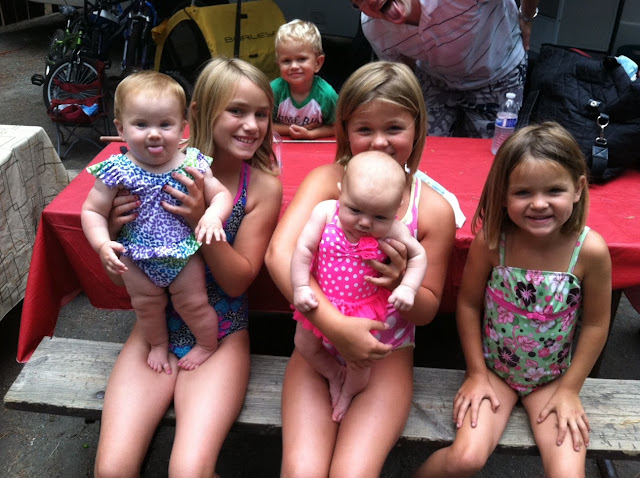 The next day was our "big" hike - Vernal Falls. It is the waterfall about a quarter of the way to Half Dome. This is the hike I remember doing as a kid and the memories came flooding back as we were climbing the huge rock "stairs" near the top, through the mist. 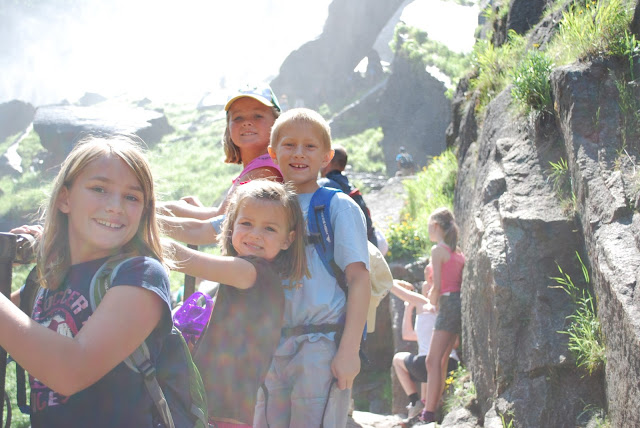 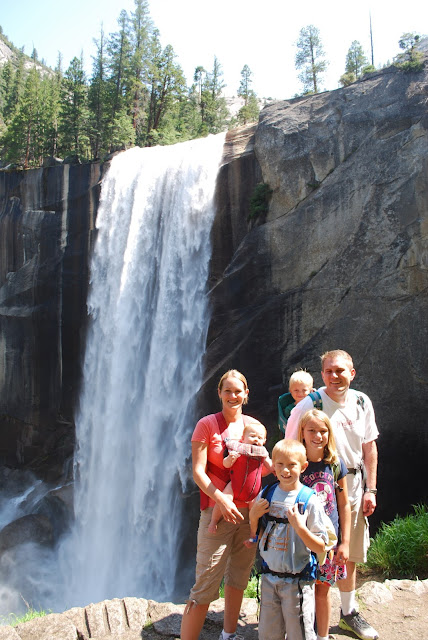 Going up was hard - there were 8 kids between us. Tanner was in the backpack and Sadie in the Bjorn. Ben took turns carrying Jackson and Livy. Toward the end a couple kids were just DONE. But they were all determined to make it. At the top, there were TWO babies - Sadie and Clara. We saw a lot of small kids down lower but none of them attempted the entire way. I think people thought we were nuts. We cooled off our feet and legs in the freezing cold water. Coming down was really scary...it was hard to see with Sadie in front of me and I even slipped once. Thankfully I fell backwards...and not foward and over the cliff. Our quads and calves were SO sore the next day. Going down big steps is almost harder than going up. 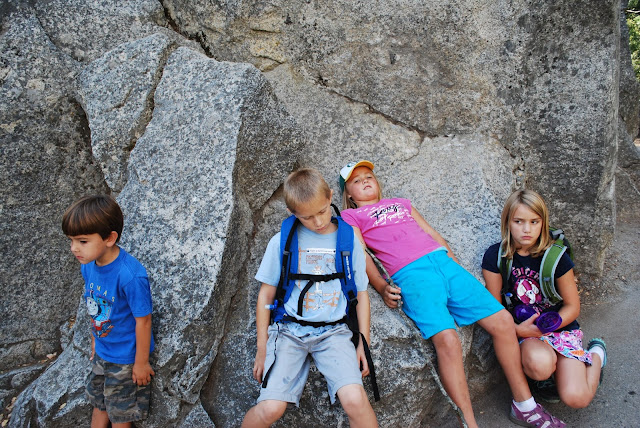 Here the kids are, dead. 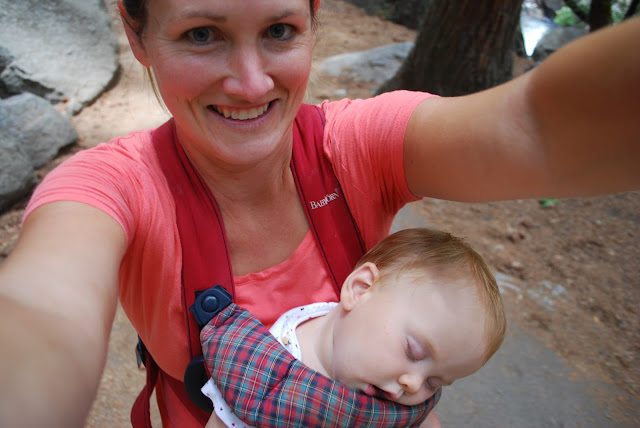 Sadie fell asleep like this after we were through the roughest part. So when everyone stopped for a break I kept going, and walked by myself for an hour while she slept. I got so many smiles and comments. It was nice, and it was quiet but I was so so hot. That air conditioned shuttle bus was such a welcome sight. 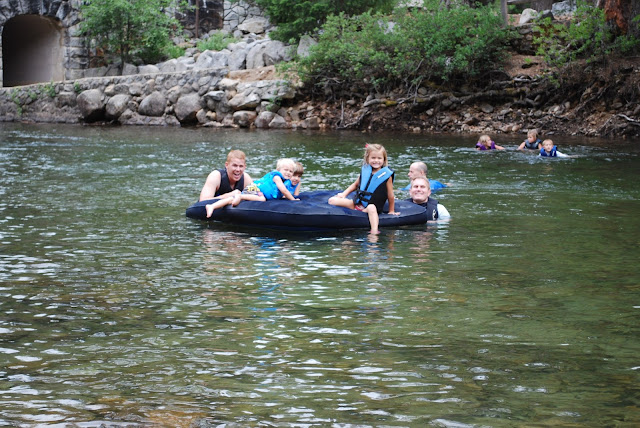 That afternoon we went back to the river to take an ice bath. I got in this day and floated down the river once. My problem was that the current was strong and Tanner wanted to come with me but he freaked out when we got in the water so my bum was dragging on all the rocks as I tried to keep him above the water and calm him down. My tailbone hurt for a few days. We also met some people who just KNEW we were LDS, and it turned out they were from the same city where I grew up. Crazy.

Tyler reminded me that he had not complained ONCE on the hike that day and asked if he could get ice cream in Curry Village. We all rode bikes in that morning and got ice cream that tasted SO SO good. 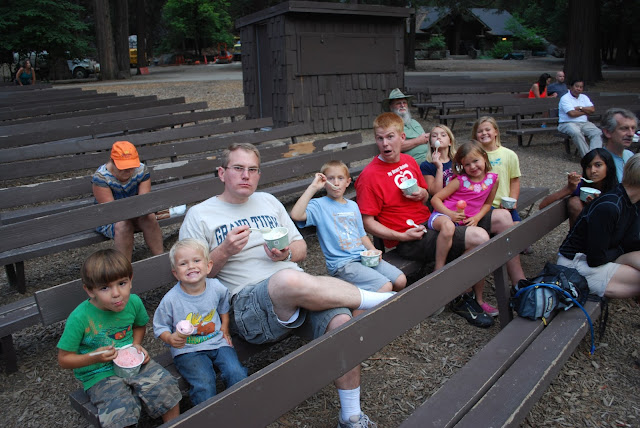 On Wednesday we had a lazy-ish morning, then went to the river becuase it was hot so early. Then we rode our bikes to Mirror Lake. We had heard there was no water this year, and we figured it would be low, but it was enough for the kids to play in. This is right at the base of Half Dome. The big girls found some deeper water to swim in, and Tyler and Livy spent their time trying to make a waterfall. 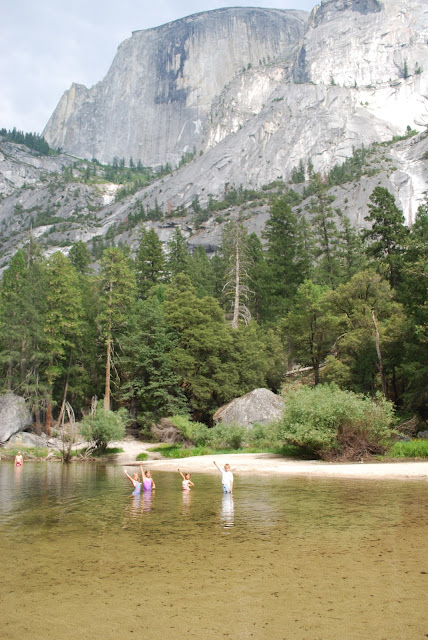 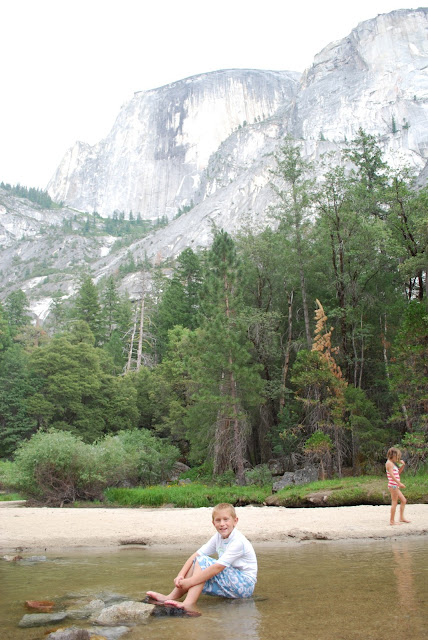 The Eyre's had to head home, so they packed up and left, and the boys went to get a pizza for dinner (another of Tyler's requests). 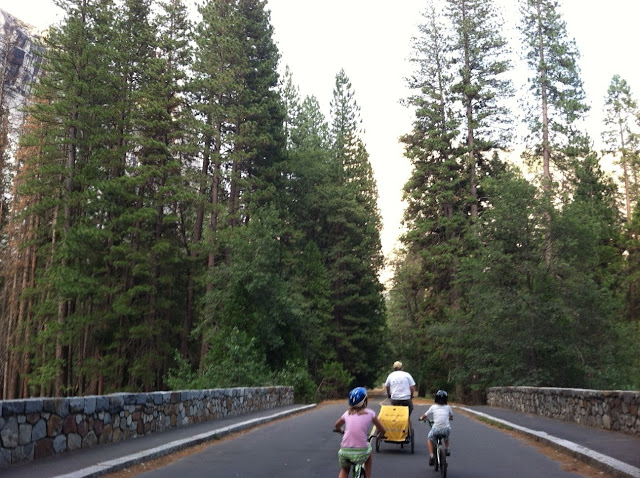 We went on a bike ride on an isolated path that was just gorgeous. No sounds except for Sadie's screams coming out of the bike trailer. That night we all went to bed early, but it was so hot we couldn't sleep very easily.

Our last day we had to check out by noon. We rode the shuttle to a nature center and went on another short hike, then went to the Visitor's Center. We packed up and left, right in the heat of the day with no AC in the motorhome. We all sat up in the very front so the blowers could offer some relief. 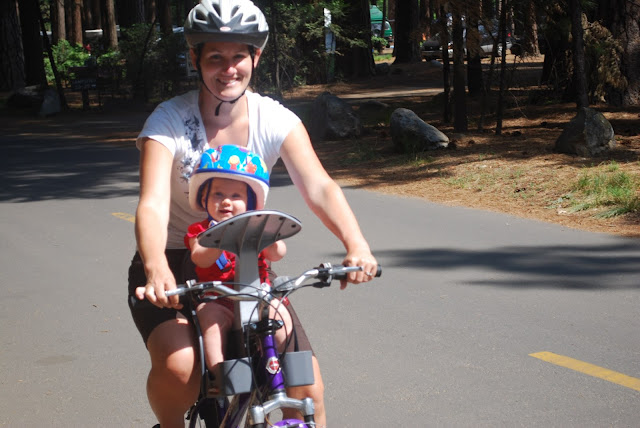 I think the main reason we love Yosemite so much is that there is so much to do. No one was ever bored. There were deer everywhere. We are all in agreement that this should be a new tradition. If we can get lucky enough to get reservations again. And if we get the generator fixed... 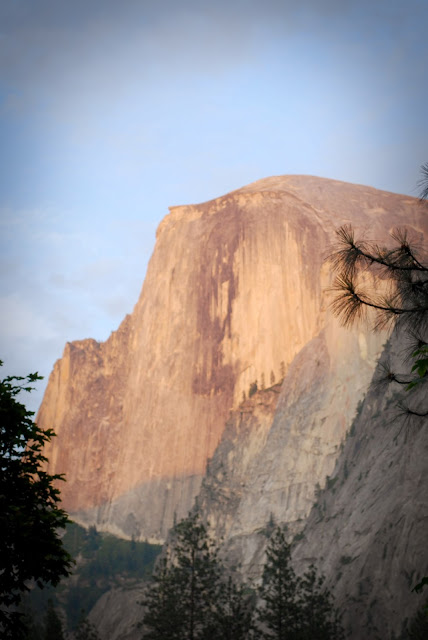 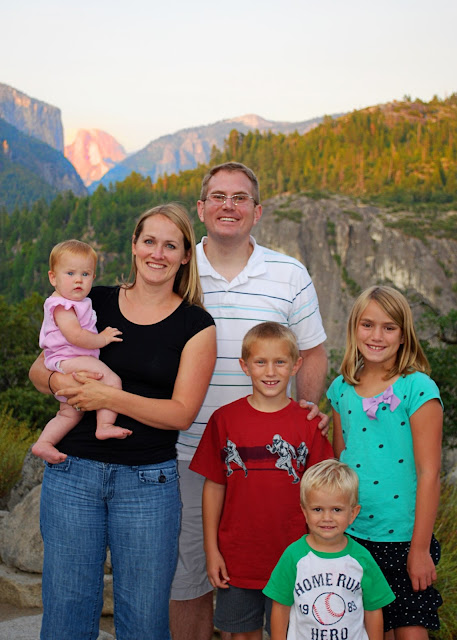