Eight! We lost Macie 8 years ago. That is such a significant number in our church, and maybe that's why it seems like we suddenly made a huge jump.

Spencer told me a month ago he had to be in Mexico City during her birthday - lame, as it's the first time he hasn't been here for her birthday - but ok, because I'm far enough removed that I knew I could handle it.

I dropped Sadie off at preschool and went shopping. But I really didn't want to be alone! I LOVE to be alone, and I get that now for several hours a week. I think the idea of being an introvert 15 years ago would have made me crazy/anxious but now I can embrace it. However, yesterday was also the first time I was alone on her birthday and it made me feel...weird. Luckily, I have such fantastic friends who texted me early (how do they know/remember??!) and stopped by with treats and hugs and chatting. It was such a huge blessing to me, and pretty soon I got to get Sadie. We stopped by Walmart to her 8 pink balloons. Side note: How do people fit more than 12-ish balloons in their car? I'm realizing I'm starting to run out of room...

Danielle brought all the cupcakes and frosting and sprinkles, so the kids decorated those. Then we went out and got some pictures and sent the balloons up. This time was awesome because there were so many and they went up pretty fast without getting stuck in the trees. We also painted a M on a pumpkin and, as a new tradition, added painted rocks with year numbers to the bottom of her tree.

I didn't even get to talk to Spencer until 10 pm last night. He had been so busy all day and hadn't gotten to think about it much, talk to me, or look on Instagram or Facebook. When he did, and saw all the love and caring from our friends and family, he told me he just broke down. I told him he's not allowed to be gone on this day anymore - it's something we need to do together.

So thankful for October 25th! (By the way, it makes me feel weird every time I see leaves start changing, and especially red-leaf trees. That is one of my strongest visual memories of her death.) 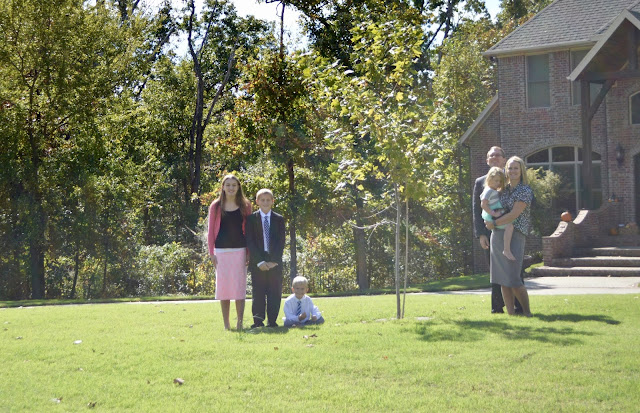 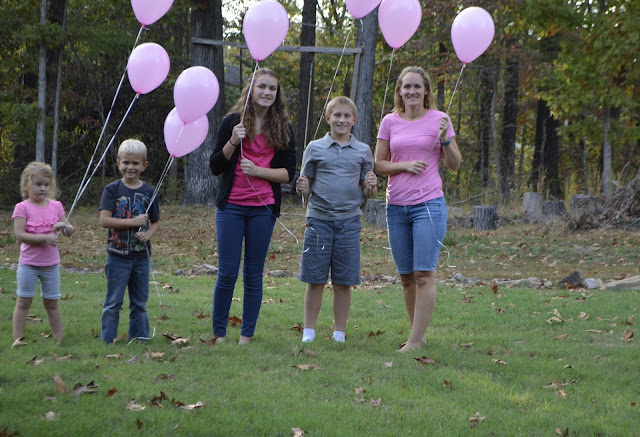 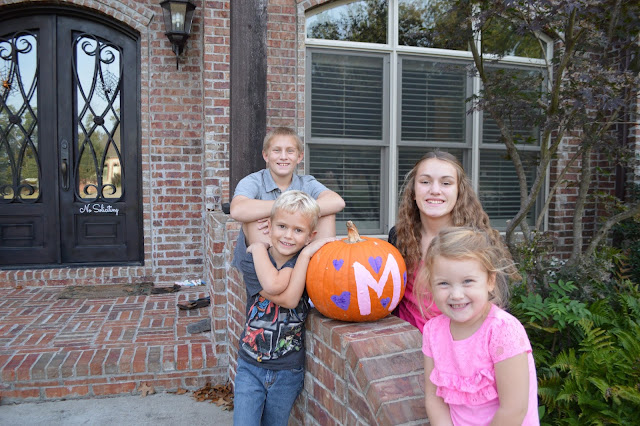 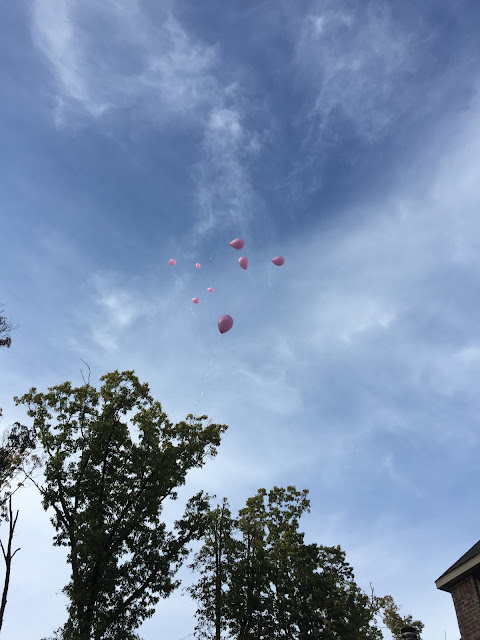 A couple months ago my parents asked if they could come September 22-25th because there was a screaming deal on Allegiant from Vegas. Of course we said yes and were so excited! I later remembered it was our primary program that weekend - an added bonus.

As my parents were driving to Vegas that morning I texted my mom that one of these trips she should bring my grandma with her. Her mom is young and healthy and I knew my kids would love it, and she would too! I guess that got my mom's wheels turning and she called her. Grandma said no, but when my parents got to their house they told them they should go to Arkansas. I'm not quite sure what else happened but soon after my mom told me they were ALL coming! Grandpa too. Suddenly I was thrilled and excited and stressed (Grandpa and Grandma needed to stay downstairs in our room so I had to clean it out), and that night I went to pick them up. 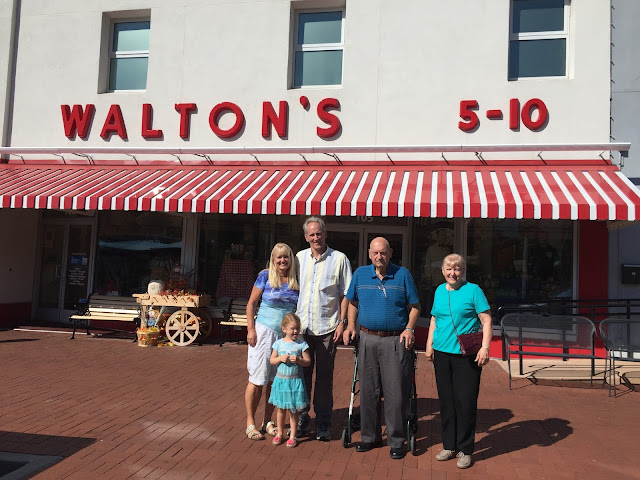 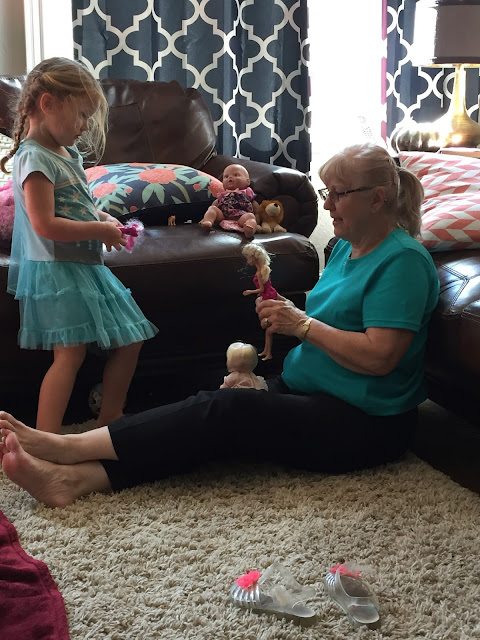 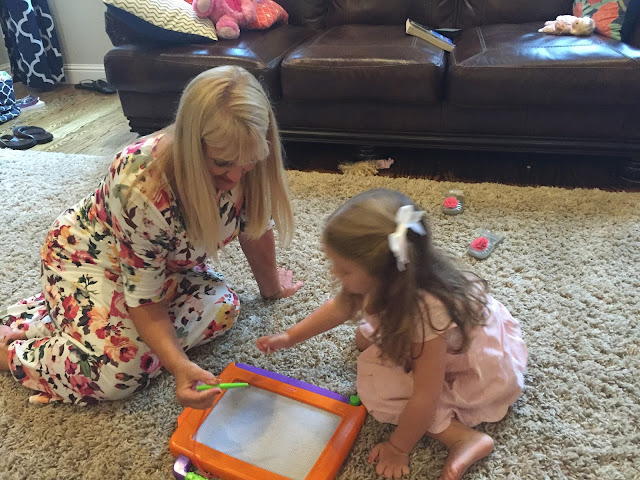 One thing that I just love is that Sadie calls Grandma Winder "great new grandma." And she is still doing that two weeks later. That afternoon we had primary program practice and Spencer and I had a party so they all got to hang out with my kids. The next day was Saturday, so Spencer took a van load to the preparedness fair and I took the boat and met them at the lake. We were able to get grandpa on (yay!) and got my parents up surfing. Then my parents and Grandma Winder went on the tube with the kids! It was such a warm, fun day out there with everyone. 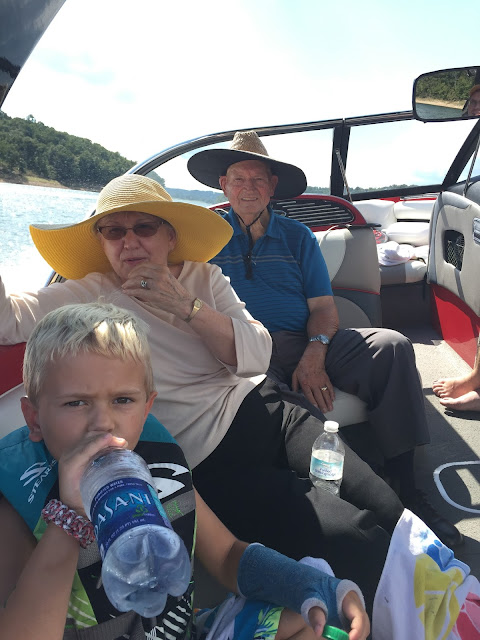 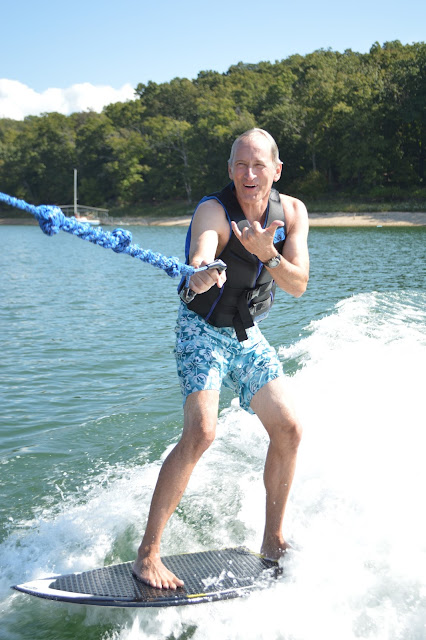 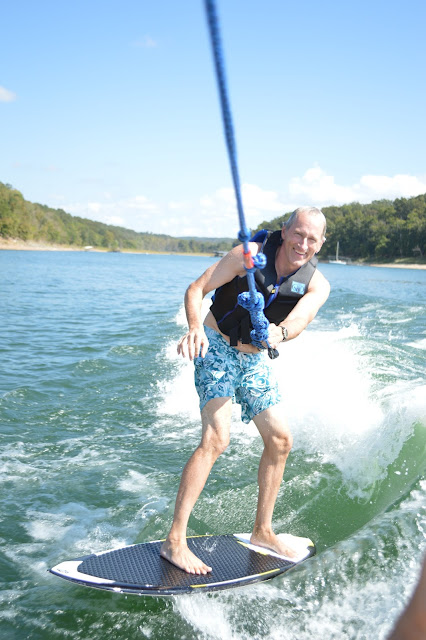 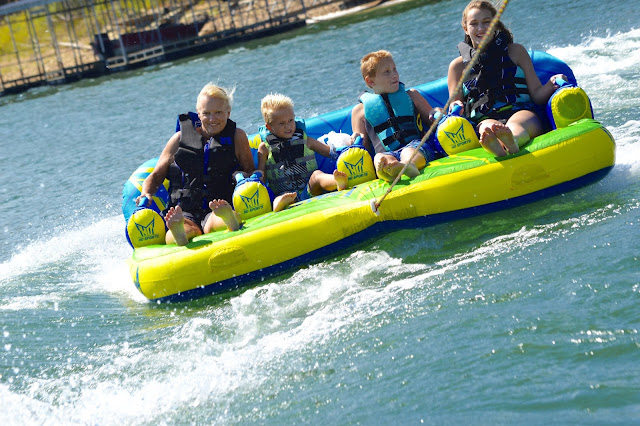 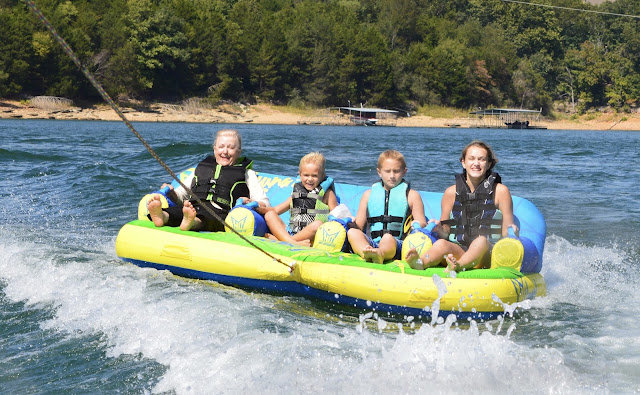 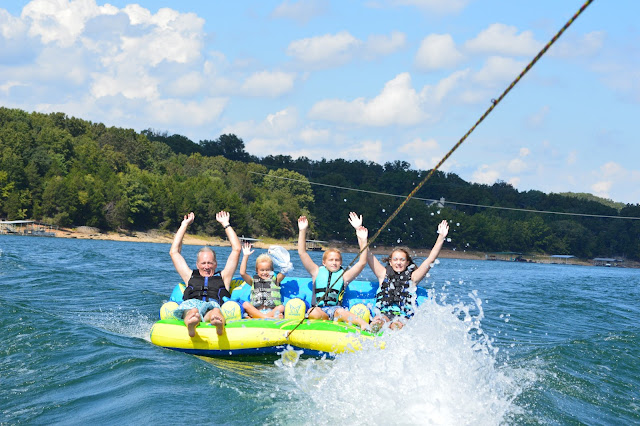 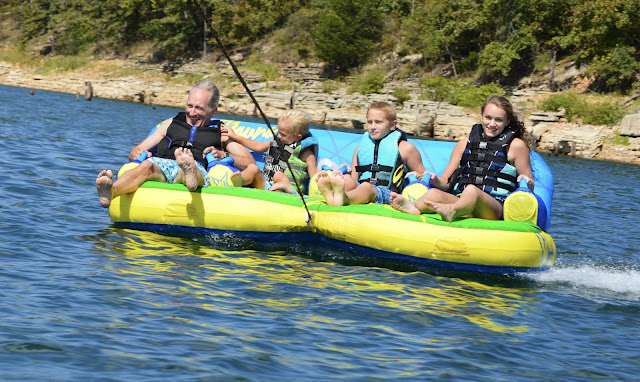 That evening we got Whole Hog BBQ and then us 4 ladies went to the women's broadcast. That was so awesome for us - 4 generations!! Emma even got teary when she realized how significant that was. :) She's pretty sure we can get a 5 generation picture someday. 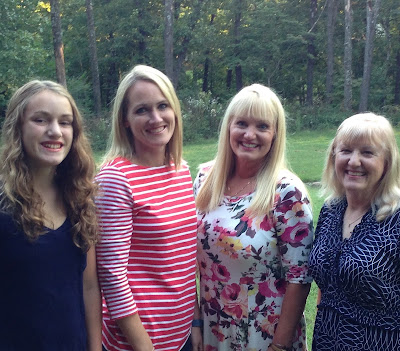 The next morning was church - the Primary Program! It was chaotic for me but I think it turned out well. Hard to tell from the back of the stage... but we had a good time and the kids did awesome. Even Sadie! That afternoon we went to Cooper Chapel in Bella Vista. So beautiful. 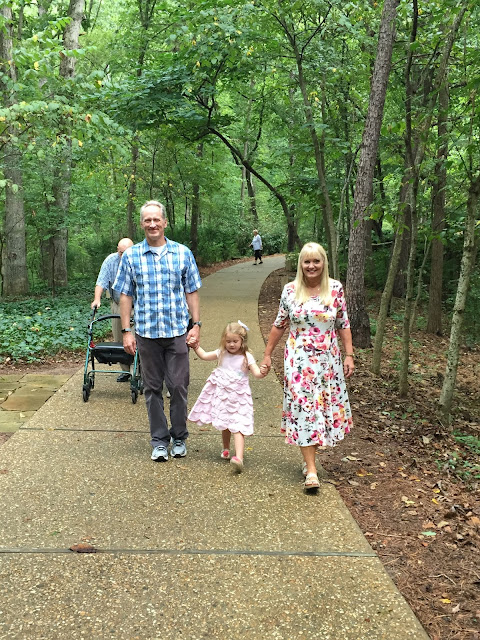 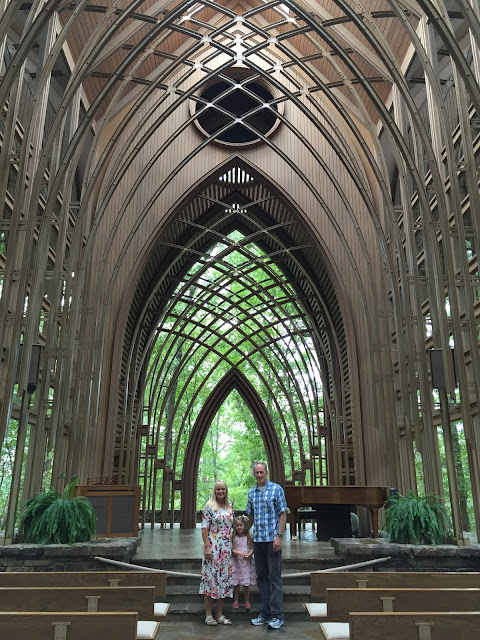 After dinner it was getting close to time to head to the airport. But Grandma Winder wanted to do something special with Tanner so she pulled him over to the piano and taught him Peter Peter Pumpkin Eater. Grandpa Winder played cat's cradle with Tanner. Grandma Winder taught Emma to crochet while she was here, and kinda even taught Tanner! I always wonder when we do see them if it could be the last time...and so these moments are just so extra special. I walked around taking a lot of pictures and I don't know that they loved that, but I was determined to record it well. 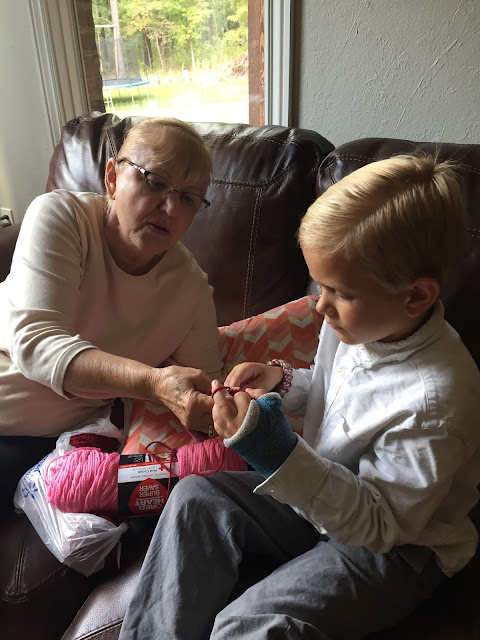 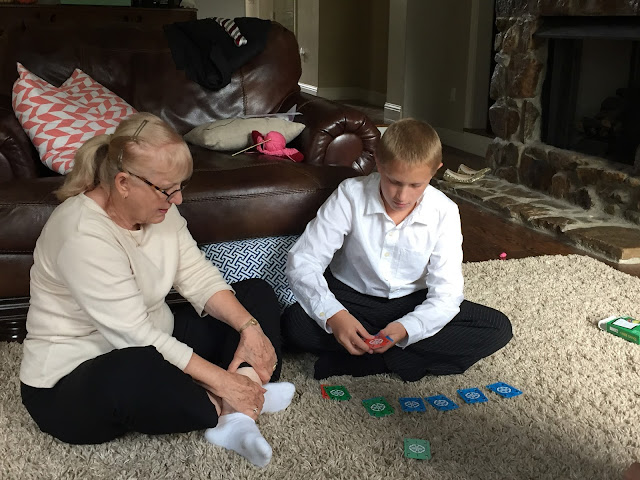 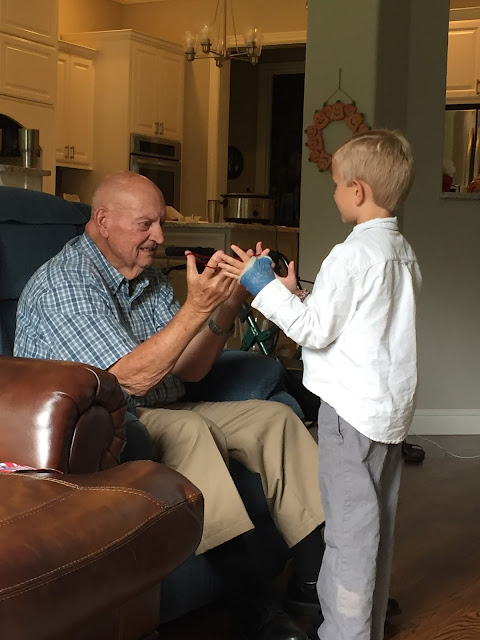 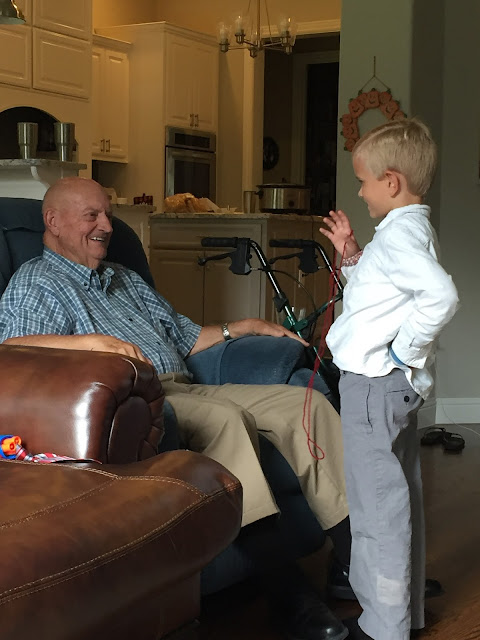 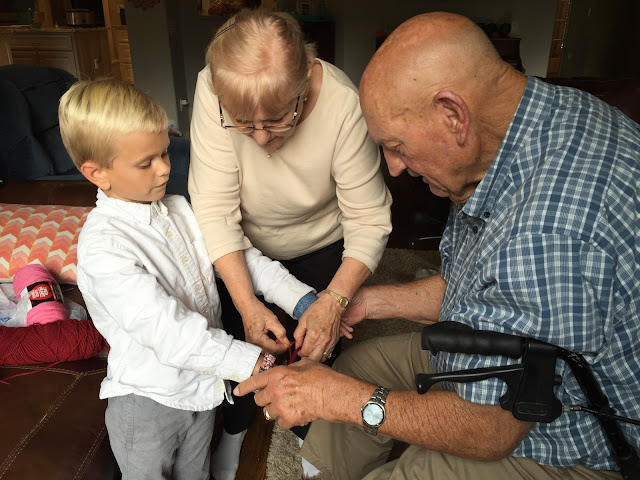 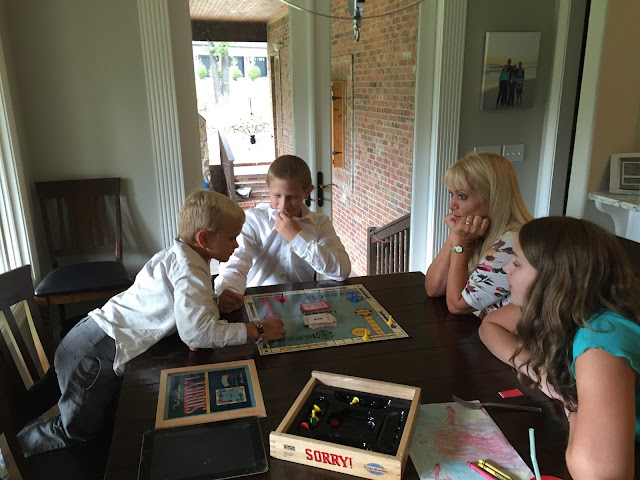 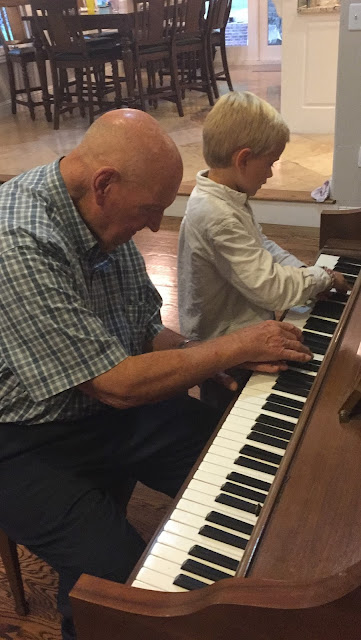 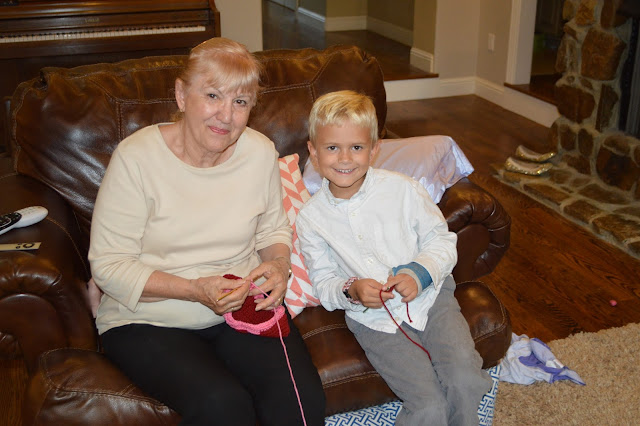 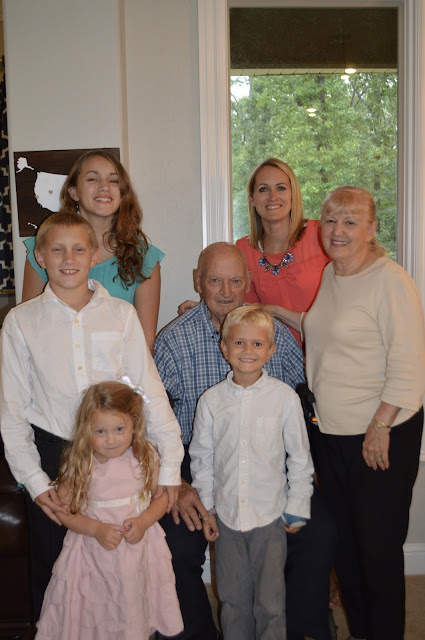 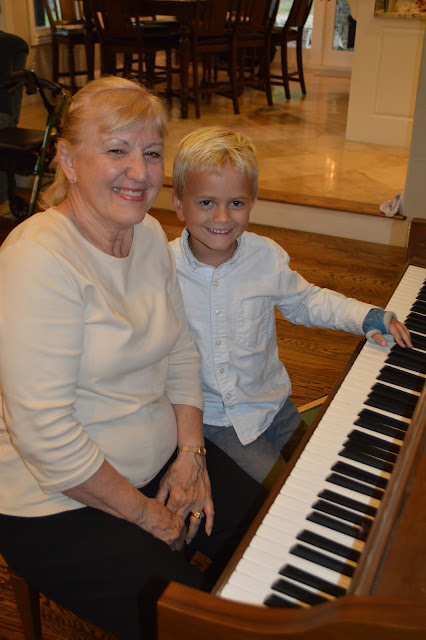 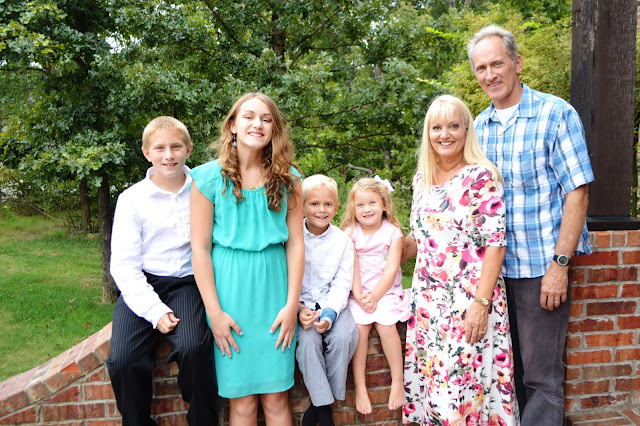 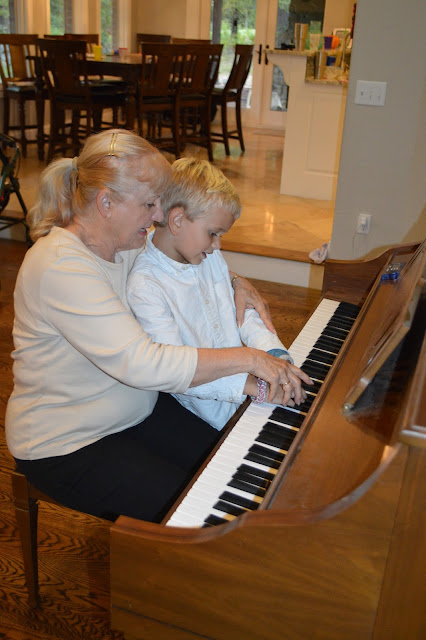 The whole weekend was so fun, and I know that my kids adore their grandparents as well as their great grandparents. They are all so good at paying attention to the kids and making them feel important - I hope I can be just half as good when I have grandkids! What an incredible experience that weekend was - I will never ever forget it.